WHO Director-General Tedros Adhanom Ghebreyesus highlighted that all were not merely fighting an epidemic but an infodemic, pointing to fake news spreading more swiftly and easily than the virus and being just as harmful.

“We’re not just fighting an epidemic, we’re fighting an infodemic,” Ghebreyesus noted in his speech at Munich Security, February 15, while citing that “fake news spreads faster and more easily than this virus, and is just as dangerous.”

The WHO chief remarked that an infodemic could be more perilous than the unprecedented COVID-19 pandemic rattling the global health system.

However, what is an infodemic? It is an abbreviation for information and pandemic. David J. Rothkopf first coined the term “infodemic” in his news feature “When the Buzz Bites Back” at The Washington Post in 2003 when hundreds of people died of Severe Acute Respiratory Syndrome (SARS).

In his article, Rothkopf, a political scientist-cum-journalist, defined infodemic as “few facts, mixed with fear, speculation, and rumor, amplified and relayed swiftly worldwide by modern information technologies, have affected national and international economies, politics, and even security in ways that are utterly disproportionate with the root realities”.

Rothkopf expounded that an infodemic is not merely false news or misperception to information, as “it is a complex phenomenon caused by the interaction of mainstream media, specialist media, and internet sites; and ‘informal’ media, which is to say wireless phones, text messaging, pagers, faxes and e-mail, all transmitting some combination of fact, rumor, interpretation and propaganda”.

When a series of virulent false news, misinformation, disinformation, and myth contaminate people’s sources of information, Rothkopf warned it may trigger confusion and chaos, as the public then doubts scientific-based evidences, evidence-based news, as well as statements from experts, medical practitioners, scientists, as well as authorities.

Since Internet and social media platforms have been one of the major sources of information, people have dealt with the infodemic reality that has peaked during the pandemic.

“There were also occasions where news outlets or key opinion leaders drew inaccurate conclusions while reporting or referring to research findings or claims,” Ruzuar emphasized.

Ruzuar, 26, an active Twitter user and frequently browsing news online, said she had sometimes come across information uploaded by news outlets that was less critical, while the people expected them to be the most trusted source of information.

There is rising distrust to statements made by officials and self-proclaimed scientists widely cited by news outlets, she pointed out. Hence, she believes journalists should be more critical to cite certain statements.

“I do not believe that the government should be the sole source of (reliable) information because it has been opting to paint rather positive images on how it responds to COVID-19 when there has been an increasing surge of criticism from known medical, public health, and also public policy experts following the first outbreak,” she highlighted.

Ruzuar expects those in newsrooms, including journalists, to be more critical while citing statements and analyses from certain sources.

“I honestly would only trust several outlets that I know or that experts have claimed to have a good track record in reporting factual or credible information. I do not think that all information told by news outlets are reliable, especially when it is reported on online platforms, as online or digital news outlets tend to produce a plethora of news content, thereby consequently leaving little room for thorough fact-checking,” she remarked.

Ruzuar could be the only person or reader cited here, though her views were amplified by several social media users, both on Twitter and/or Facebook, who were dissatisfied with the inaccuracy in some media reports.

The Task Force diligently updates the public with the current information of COVID-19 by holding weekly press briefings and involving national media platforms, which constitutes an effort for transparency, particularly in terms of showing data.

“We are working with the data being collecting from all parts of the country, and all reports have been transparent and monitored by the public and the local and national media,” Task Force’s spokesman, Professor Wiku Adisasmito, stated.

Since its formation, the Task Force has been actively engaging the mass media to regularly update the public on the COVID-19 pandemic.

However, distrust or doubts still linger over the information that the public receives and also those offered to the people by mass media platforms.

It seeks friendly relations with the media wherein the two parties work together to disseminate COVID-19 data and updates in order to keep the public informed.

“We are striving towards data transparency, and the media is our friend to really work together, not only in Indonesia but also for this region and the world,” Adisasmito affirmed.

The Task Force’s efforts to ensure media involvement reaffirm the significance of the media’s role in disseminating information during pandemic.

Pertaining to this important role, the media and journalists must be sentient of their position and quality in covering and reporting news on the pandemic since the information provided through the news will certainly affect the public.

Mainstream media and its journalists have undoubtedly encountered numerous challenges in fulfilling duties and tasks amid the explosion of information on COVID-19, ranging from good quality to inconsequential.

In connection with the Indonesian media and journalists, news reporting on the COVID-19 issue by conventional mass media and online media in the country is generally quite informative and educative, Irwan Julianto, a health communication specialist as well as former senior journalist at Kompas daily, remarked.

However, Julianto remarked that disinformation and news framing based on unbalanced opinions and also manipulative information were still observed in some news on the COVID-19 issue in Indonesia.

“The online news title was never corrected by Tempo.co, although the content later contained a rebuttal from the association,” Julianto revealed.

Another issue pertaining to COVID-19 reporting is the “room for error” in picking credible sources that cannot be separated from the competence of journalists and the credibility of the concerned mass media, he stated.

Julianto further affirmed that some inaccuracy was observed in news reporting on the COVID-19 issue in Indonesia due to several online media in the country, particularly news and opinion portals, not being verified by the Indonesia Press Council.

Of the 40,000 news/opinion portals, only some 200 news portals had been verified by the council.

“Several fake news portals still exist that only look to stir a sensation of sorts. In fact, some verified news portals have also pursued views for their news with the so-called click-bait titles,” he stated.

Another point worth highlighting on the COVID-19 news reporting during the early days of the novel coronavirus disease entering Indonesia from January to February 2020 is that only a few mainstream media remind the government to be prompt and proactive in responding to a possible pandemic and to prioritize preparedness.

“It was only on the second of March when the first two cases of COVID-19 were announced. There was a stir in Indonesia. In fact, the central government, local governments, and journalists failed to safeguard the privacy of the first two Indonesians that contracted COVID-19,” Julianto pointed out.

In response to developments on COVID-19 news reporting by the mainstream media and its journalists, the Indonesian Press Council argued that the people should not judge the mass media in a generalized manner that all news coverage on COVID-19 are of poor quality as some committed errors.

Without ignoring the fact that some weaknesses were still found on the COVID-19 news reporting by media and journalists, the national press has always positively contributed to handling the pandemic, especially in terms of disseminating information, Chief of the Media Sustainability Task Force of the Indonesian Press Council Agus Sudibjo stated.

“When the government-health authorities call the press to make some public service announcement as well as to broadcast a conference and press release, press colleagues carry it out in a helpful manner. I think they make a significant contribution. However, we certainly need to evaluate some weaknesses,” Sudibjo pointed out.

He emphasized that weaknesses in news reporting by media and journalists do not only emerge specifically during this pandemic and had existed long before the pandemic struck.

For instance, using the so-called “click bait” titles and producing unsettling news are some problems that have existed in any other situation.

Nevertheless, he further called to curtail such weaknesses in news reporting and the tendency of mass media to manipulate the audience amid the pandemic, as it triggers distress and concerns among the people. Moreover, the mass media and the journalists might eventually lose their credibility.

“Thus, the general ideal conduct will be: reckless journalism — which ignores the accuracy of information, inconsiderate about the news impact on the public, making room for speculation — shall not be allowed in any kind of situation,” Sudibjo stressed.

Perhaps the biggest mistake committed by the mass media nowadays is following the conduct of “the new kind of media” — the social media — that has its formula of rapidity and sensational information, with no expertise, but anybody can be an “expert”.

“Mass media shall not be following this (conduct) because if anyone is an ‘expert’, there must be a distrust in mass media since there is no difference between mass media and social media,” he stated.

“The social media tends to use click bait, misinformation, and disinformation. Social media … (is) our real enemy or maybe ‘frenemy’ (friend yet enemy) since both mass media and social media pursue the exact same thing, which is pursuing public attention and advertisement,” he affirmed.

“The only way that mass media could conduct itself to survive during this era of disruption — whether we want it or not — is good journalism. The global development trend has shown us that there is no space for mass media that defies the law of good journalism,” Sudibjo remarked.

Furthermore, not only competing with social media, conventional mass media should also conduct its function as the mainstream media by acting as a “clearing house” to help ward off misinformation, disinformation, and hoaxes related to COVID-19 that are milling about on social media.

“The conventional mass media and journalists should ideally act as the “clearing house”, which is a provider of truth and accurate information to tackle false information through accurate reporting,” Irwan Julianto, a former senior health journalist for Kompas daily, stated.

Julianto pointed out that more importantly, the duty of professional journalists and mass media is to edify and exercise social control. He also emphasized that public literacy is an important factor for people to gain accurate information.

“In the times of the global pandemic, it’ll be better if we all become more skeptical and critical of the various types of information we receive,” Julianto stated.

The COVID-19 pandemic currently ravaging the world can, in fact, be the time for the mass media and its journalists to assess the quality of information delivery and news reporting.

It is time for the mainstream media and journalists to engage in self-reflection and contemplation on whether they have practiced good journalism. 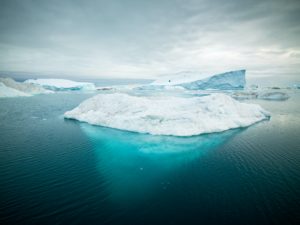 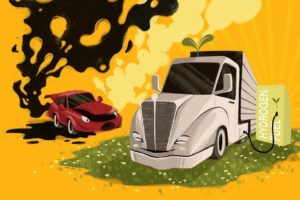 Has the fuel cell’s day in the sun arrived on China’s road to 2060? 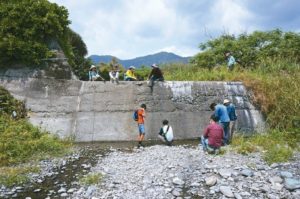 Investigating river construction to save the streams