News organisations around the world are beginning to intensify their reporting on climate change. With World News Day coming up on September 28th, this is an opportunity to look at how newsrooms navigate the operational and ethical issues that can come up in the process of expanding their climate journalism.

In my interviews and an additional survey that I conducted amongst climate reporters, science editors, news editors and editors-in-chief from Asia, Africa, the Americas and Europe, more than two-thirds of all respondents confirmed plans to increase their coverage of the climate crisis.

Newsrooms that choose the climate hub approach make sure that interested editors from all their verticals, such as their politics, science, economics, culture or lifestyle desk, meet once or twice a week to discuss and better coordinate their planned stories that touch upon aspects of the climate crisis.

All three organisational models have their strengths and weaknesses. The hub approach is no substitute for having science journalists and climate experts in a newsroom and it requires a highly collaborative newsroom culture for it to succeed. A strong advantage of the climate hub approach is that it can accelerate a news organisation’s transformation towards integrating the climate aspects of any story as naturally as they would include that same story’s financial aspects, no matter which vertical it appears in.

The advantage of a new climate desk then is that it allows for the creation of a new team that has a wider range of expertise than a typical science desk, such as in-depth knowledge of climate policy, of the energy industries, of highly climate-relevant industries such as agriculture, construction or textiles or also of organisational psychology as an important aspect of large-scale societal change.

Compared to the other two approaches, launching a new climate desk tends to have greater PR value for a news organisation if it wants to signal a change in editorial priorities to its potential subscribers and advertisers.

The potential downside of establishing a dedicated climate desk is the internal friction this can create with the staff of an already existing science desk that has been covering climate change in the years past and often with insufficient budgets.

The approach of simply expanding the staff and budget of an existing science desk avoids such friction. It is also easier to implement and it minimises the risk of publishing stories that contain scientific inaccuracies. The risk of this more traditional approach, though, is that an expanded science desk can easily slow down a newsroom’s learning process of increasing everyone’s basic climate literacy and the wider newsroom staff’s interest in what is not only a science topic but a systemic issue.

And, as is so often the case with newsroom changes, all three organisational models completely depend on the engagement and commitment of a newsroom’s senior leadership team to succeed. As long as the chief editor’s team views climate change as a topic or vertical and not as a systemic issue across all desks, climate editors and reporters will struggle to have much of an impact.

This is why the German climate journalist Sara Schurmann, who is currently advising Germany’s public broadcaster SWR on its climate journalism, has suggested a fourth tactic which is to install a temporary ‘managing climate editor’ as part of the chief editor’s team.

This senior specialist would then take part in all relevant editorial meetings of a news organisation so she or he can make other editors aware of the climate aspects of a story and ensure team collaboration where that is useful.

In my research interviews, I not only asked about a news organisation’s plans for expanding their climate reporting but also what the typical obstacles and challenges were for them in achieving that goal.

Many of the newsroom challenges that were then mentioned to me, first in these personal conversations and then again in my survey, are operational challenges, such as the need for climate literacy training in the newsroom, the challenges of dealing with disinformation campaigns and trolls, or the issue that newsdesk editors sometimes hesitate to give a climate change story premium placement on their news agenda for fear that it may not interest their audiences enough.

Amongst the more cultural obstacles that were mentioned to me, the journalists’ fear of being accused of activism if they start covering the climate crisis more frequently than before was the most prominent one.

What struck me here was how this challenge of delineating between journalism and activism was a recurring theme in my conversations with journalists where I had promised them confidentiality. Later on, though, in the written survey to which about 70 international journalists replied, many of them in senior leadership positions, this challenge of not wanting to be accused of activism was only rated as a minor issue by them.

There is recent anecdotal evidence, though, that reporting on climate change is still widely assumed to be the domain of more left or liberal publications. When the UK’s conservative dailies ‘The Sun’ and ‘The Daily Express’ both launched climate-themed campaigns earlier this year, the British trade publication ‘Press Gazette’ still called that ‘surprising’. The editors of both dailies equally felt a need to explain their change of mind.

Today’s editorial codes of ethics of leading news organisations, such as the Financial Times,  The New York Times, The Wall Street Journal, NPR, The Guardian or the one I initiated myself, years back as editor-in-chief of ZEIT ONLINE, are not very clear on that question of how to delineate between activism and journalism.

Their various statements on impartiality, transparency, accuracy or the protection of sources are fairly instructive for the individual stories that a news organisation has already decided to pursue but not as much on the question of why a topic gets covered or not. One of the most effective and least provable forms of editorial activism, of course, does not manifest itself in the topics and events a news organisations reports on but in those it chooses to ignore.

In the early 2010s, when bloggers became more effective in highlighting editorial conflicts of interest and in holding professional journalists to account, many news organisations responded by clarifying their definitions of what constitutes a conflict of interest for their journalists.

Naturally, different publications ended up with different definitions. Financial publications, for instance, often apply stricter criteria on reporting about a publicly-listed company of which a journalist’s relative owns shares than many general interest news publications do. Across the industry, though, leading news organisations have mostly dealt with defining what constitutes a conflict of interest, sometimes against the resistance of their staff.

Given the foreseeable battles over climate policy in many countries, newsroom managers would do their staff and their journalism a favour if they now reviewed their codes of ethics or editorial codes of conduct once more, this time to make sure there is at least a shared understanding in their newsroom of what is activism and, more importantly, of what isn’t activism in covering the accelerating climate crisis.

In many news organisations, it is the younger journalists that care most passionately about the climate crisis. They deserve the ethical clarity and operational support of their senior management in navigating these questions.

The media manager and journalist Wolfgang Blau is taking a year off to study the challenges and potential of journalism in covering the climate crisis. He is currently a Visiting Research Fellow at the Reuters Institute for the Study of Journalism at Oxford University. Before that, he was Global Chief Operating Officer of Condé Nast, Executive Director of Digital Strategy at The Guardian and Editor-in-Chief of Germany’s Zeit Online, a position that won him Germany’s ‘Chief Editor of the Year’-Award. www.wolfgangblau.com

Photo by Arlington Research on Unsplash 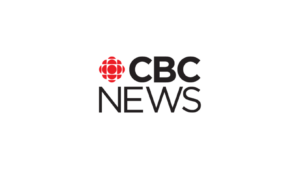 CBC News: More than 1 in 5 residents in long-term care given antipsychotics without a diagnosis, data shows 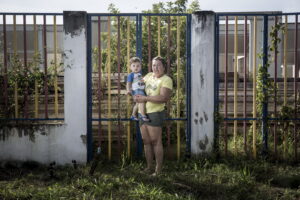 Rádio Gaúcha Zero Hora: Unfinished daycare centers: what families who have nowhere to leave their children have to say