They are sold a dream – of a ticket to study and work in a foreign country, but after spending their family’s entire savings, they are caught in the harsh reality of being trafficked and trapped in a constant cycle of exploitation and extortion.

Thousands of young Bangladeshis have been trafficked to Malaysia through obscure private colleges and their unscrupulous “agents”.

Some pay over RM 20,000 (US$4,781), equivalent to three years’ wages in Bangladesh, for the agents to secure student visas and admission into these bogus colleges.

But that’s just the beginning of the exploitation.

When they arrive in Malaysia, the victims realise the colleges don’t offer any real classes, they can’t work under student visas, and there are often additional “fees” to be paid.

Many have no choice but to work illegally under inhumane conditions, creating a cycle of exploitation where they have to earn enough to repay their debts and buy a ticket home, or pay the agents again to renew their student visas so they can work another year.

“I can’t go home, because my family spent all their money on the agent fees.

“Now I need to work here to pay for my father’s medicine,” said one victim, 24, whose father has suffered two strokes.

The team met up with agents while posing as factory managers looking for cheap labour, infiltrated the colleges, and followed the trail all the way to Dhaka, Bangladesh. One agent told our journalist he works for a “Datuk” who owns a college in Kuala Lumpur, and that he has trafficked over 8,000 Bangladeshi students to Malaysia.

“Bangladeshi students are easy and quick money,” said the agent, who is Nepali.

Many of these victims live and work not far from the glittering lights of the Klang Valley’s major towns, hidden and suffering.

“Our living conditions here are worse than the garbage dumps in the slums of Dhaka,” said one victim, now a construction worker living in a makeshift ghetto in Cyberjaya.

“In my college, there were around 200-250 Bangladeshi students, but only 30-35 have renewed their visas (to continue studying).

During the course of its investigation, R.AGE met over 30 student trafficking victims, and found almost 30 colleges that showed signs of having worked with student traffickers.

When a R.AGE journalist posing as a prospective student went to one of these colleges, an employee quietly warned him against signing up.

“If our own people (Malaysians) come, I’ll tell them not to study here,” she said.

“Look around, the whole place is empty! I wouldn’t want any Malaysian students stuck here.”

“Our living conditions here are worse than the garbage dumps in the slums of Dhaka,” said one victim, now a construction worker living in a makeshift ghetto in Cyberjaya.

An earlier report by The Star revealed a large number of foreign students arriving through dubious colleges in 2013. The Ministry of Higher Education revoked the international student licence of four such institutions in 2015.

Since then, a further 26 institutions have had their licences revoked or not renewed.

Though many of these colleges can no longer enrol international students, they continue to operate by channelling students to other affiliated colleges.

“We do have something like a collaboration, a group of companies,” said the Nepali agent.

“We have a language centre and four colleges, all are like ‘joint-venture’ companies.”

He also claimed that he enrolled 3,000 Bangladeshi students at one of these colleges, but R.AGE found its campus to be nearly deserted.

“I came here to study. Only to study. But now, my dream is dashed,” said one victim.

First published on Aug 14, 2017, the series of reports on the exploitation of Bangladeshi college applicants, which includes a Peabody Award-nominated documentary series Student/Trafficked, led to a crackdown on the practice by the Malaysian government.

It’s about time someone spoke up about student trafficking, the Bangladeshi community said.

“All of us appreciate that R.AGE took this step to show what many Bangladeshi students go through,” said Bangladeshi Student Union Malaysia president Mohammad Ziaur Rahman Zia about the documentary series.

Mohd Hafizuddin, a bartender, said he wished the series had been launched before he came here. He paid RM15,000 to an agent to enrol for a diploma in Multimedia Applications, and only later realised the college was a sham.

“If I knew it would be like this, I wouldn’t have come,” he said.

Over two dozen colleges/institutions had their international recruitment licenses revoked, and the number of student trafficking victims from Bangladesh has since drastically reduced after R.AGE’s coverage.

“The Malaysian government has not been issuing visas to colleges for the past year,” said Abdur Rahim Khan, CEO of Bangladesh Malaysia Study Centre (BMSC). BMSC is one of the more established student recruitment agencies in Bangladesh, and specialises in sending students to Malaysian higher education institutions.

“This is good, because college students don’t go to Malaysia to study – only university students do,” he claimed.

However, despite the then-Home Minister himself pledging to bring those involved to justice, no syndicate leaders were arrested in connection with the investigations.

This story by Elroi Yee and Shanjeev Reddy is a compilation of articles from Aug 14, 2017 to March 12, 2018 that was originally published by The Star.

BEHIND THE STORY
In late 2016, reporters from The Star’s young investigative team, R.AGE, uncovered a new form of human trafficking in Malaysia’s private colleges. An international network of “education agents”, college owners, and allegedly corrupt government officers had been working together to exploit young victims – mainly from Bangladesh – by promising them a quality Malaysian tertiary education, before exploiting them for cheap labour through debt bondage. The team, made up of 14 journalists and documentary filmmakers, spent over a year undercover, systematically unravelling the syndicates’ operations by posing as factory managers looking for cheap migrant labour, and recording their conversations using hidden video cameras. First published on Aug 14, 2017, their series, Student/Trafficked, helped the Malaysian government clamp down on trafficking syndicates while providing evidence and measures to all stakeholders to implement anti-trafficking procedures. The team continues to advocate for the tens of thousands of victims that are said to remain in Malaysia, now mostly undocumented and driven to the fringes of society. “As far as we know, none of those at the top of these trafficking syndicates have been brought to justice. “But just as important, we urge the new Government, especially the Home and Education ministries, to consider measures to help the victims either restart their studies or return home with dignity,” said R.AGE deputy executive producer Elroi Yee, who led the Student/Trafficked investigations. 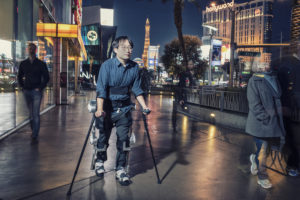 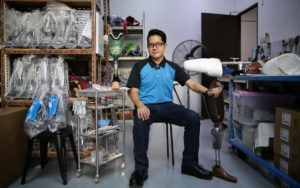