As a member of Philippine Health Insurance Corp (PhilHealth), patient Maria (not her real name) was getting free dialysis treatment at a city centre in Quezon, Philippines.

Dead patients undergoing kidney dialysis, ghost patients getting cancer treatments and fake members are just some of the fraudulent schemes that led to at least P154 billion losses in PhilHealth.

The state-owned corporation manages health insurance of public and private employees and their dependents, as well as indigents or poor beneficiaries.

In June, The Inquirer uncovered massive corruption in the health insurance agency, bleeding billions of pesos from health premiums paid by its 105 million members and beneficiaries.

Former employee of WellMed Dialysis Laboratory Center Corp, Edwin Roberto disclosed how he filed PhilHealth claims using the names of dead patients for non-existent dialysis sessions since March 2016 upon the instruction of one of his employers.

Owners of the clinic prepared the claims and told the centre’s employees to copy the patients’ signatures from their medical records so that these claims could be submitted to PhilHealth, he said. Edwin told reporters that he and fellow ex-employee Liezel Santos went directly to the PhilHealth office in January to follow up on the status of their complaints about WellMed, but the visit was futile.

Apart from turning a blind eye to payments for kidney dialysis treatments of dead patients, the list of fraudulent acts that corrupt PhilHealth officials and personnel knew about include cancer treatments for fictitious members, fake payment receipts of overseas workers as well as hospitals overcharging by declaring ailments like cough and common colds as pneumonia.

Overseas Filipino worker (OFW) Marveleca Bautista-Jauod is just another victim embroiled in the schemes of conniving PhilHealth employees and fraudsters. Hours before her flight to Kuwait on Aug 12, 2015, the OFW discovered that the PhilHealth benefit package which was supposed to cover the hospitalisation cost of her 8-year-old son, who had been stricken by dengue, was invalid.

But because her PhilHealth member data record did not reflect any payment made by her hiring agency, her family had to shell out around P12,000 for the hospital fees. Her mother eventually found out that the PhilHealth official receipt(POR) Marveleca received was fake.

“Eli”, a PhilHealth employee who monitored cases of fake PORs until September 2018, had recognised the same scheme in at least 48 hiring agencies handling land-based workers.

However, since the scam was first spotted in 2015, the lack of political will and general “inaction” of top PhilHealth officials hindered its speedy resolution, Eli said. The case files have been passed on to five PhilHealth presidents, illustrating the bureaucratic red tape plaguing PhilHealth’s inquiries into irregularities, he added. Eli cited the case of Dennis Mas, then the regional vice president of PhilHealth’s National Capital Region (NCR) office. Mas was supposedly concerned that picking up the issue of the fake PORs—which by that time was already being reported in six provinces as well—could affect his chances of promotion.

There is a culture of fear. You can’t blame them. Once in a while, there would be motherhood statements denouncing the fraud, but nothing happens. Those who really try to fix it, they get removed, end up being called troublemakers. I really feel sorry for them.

This widespread corruption in the public health system is an injustice especially since most Filipinos can barely afford hospitalisation and medicine. A 2016 study by the state University of the Philippines found that six out of 10 Filipinos die without ever seeing doctors. The country’s doctor-patient ratio is 1:33,000, a far cry from other countries which have an ideal ratio of 1:1,000.

In 2018, the newly-passed Universal Health Care Law which mandates universal health coverage of all 110 million Filipinos set aside a budget of P171 billion.

However, these efforts are nought if PhilHealth does not undergo a major overhaul. Documents obtained by the Inquirer showed that Health Secretary Francisco Duque III was made aware of the loss caused by PhilHealth’s overpayments and other fraudulent schemes in November 2017, a month after he took office.

Minguita Padilla, former head executive staff of former Health Secretary, Janette Garin said:“There is a culture of fear. You can’t blame them. Once in a while, there would be motherhood statements denouncing the fraud, but nothing happens. Those who really try to fix it, they get removed, end up being called troublemakers. I really feel sorry for them.”

After the Inquirer’s series of reports, President Rodrigo Duterte asked for the resignation of a dozen top PhilHealth officials and ordered the arrest of the Wellmed Dialysis Center owner and the others involved in the scam on June 7. He replaced the PhilHealth president with a retired military general to undertake sweeping reforms in the agency.

In his fourth State of the Nation Address (SONA) on July 22, the President singled out the Inquirer’s PhilHealth expose as an example of corruption he wanted to weed out.

The Philippines president said: “The recent uncovering of the massive fraud perpetrated against the public health insurance system proves that corruption is pervasive. Huge amounts of medical funds were released to cover padded medical claims and imaginary treatment of ghost patients. I am grossly disappointed.”

On August 14, the Senate blue ribbon committee opened an investigation on the Philhealth scam after several senators filed resolutions calling for an inquiry.

Two months since the Inquirer began the series, the story is still unfolding with more revelations of corruption in PhilHealth.

This story is a compilation of a series of articles by Leila Salaverria, Jovic Yee, Mariejo Ramos, Marlon Ramos and Melvin Gascon originally published by the Philippine Daily Inquirer from June 6 to June 21.

BEHIND THE STORY
The Inquirer investigative team first scratched the surface of the massive corruption in PhilHealth upon receiving documents and interviewing two whistleblowers. The former employees of Wellmed Dialysis Center exposed their employer’s scheme of charging kidney dialysis for dead patients. Five reporters from the team spent weeks pouring through voluminous documents, interviewing insiders and taking out-of-town trips to find victims of the scam. The team took more than a month to launch the series of investigative reports. After the first series came out on Jun 6, 2019, more documents and whistleblowers came forward about PhilHealth’s systemic misconduct. The Inquirer ran a total of 24 stories on the issue. The unravelling corruption included an exclusive report on the Secretary of Health’s conflict-of-interest, as his family corporation was found leasing a building for PhilHealth and supplying medicine for the Department of Health. 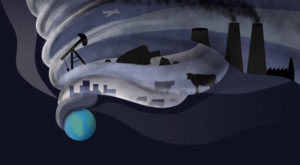 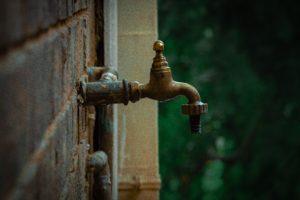