Getting old and paying for healthcare is an increasing worry for many people around the world, but the elderly in Singapore could be forgiven for thinking their country had it sorted. After all, its healthcare system ranks among the best in the world, delivering basic, affordable treatment for those who qualify. And this is not all on the taxpayer, either, with individuals paying an initial amount and then a national health insurance scheme kicking in.

The compulsory health insurance scheme, called Medishield Life, was introduced in 2015 to help cope with the needs of a rapidly ageing population, with families worried about the large medical bills that can arise with a loved one becoming frail.

But the recent case of 83-year-old Mr Seow Ban Yam revealed that for some, the worry had not gone away. He was shocked by a medical bill well over a thousand dollars higher than he expected, and for which he received only a S$4.50 (US$3.24) insurance payment. The bill was for treatment at the Singapore National Eye Centre (SNEC).

The normally mild-mannered Mr Seow took it upon himself to challenge the bill, writing to hospital authorities and insurance administrators to get to the bottom of the issue.

However, the explanations, which essentially said no mistake had been made, merely confused him further. That’s because the maximum amount that he could claim under for his surgery was S$2,800, yet he was charged S$3,664  by the public institution (after taking into account government subsidies).

The puzzled retiree, worried that maybe it was he who had got his sums wrong, contacted The Straits Times in a neat, handwritten letter saying:

“Hopefully, you can find my case worth looking into, not only for myself, but also for the sake of the many people like me who otherwise are not aware of what a Medishield Life claims entails.

“We all think that Medishield Life is to subsidise large hospital bills. It is only when one goes through some kind of operation will one know it may not be true.”

What The Straits Times discovered thanks to Mr Seow shocked even those in the upper echelons of the Ministry of Health – that at least one public health institution had raised fees to levels much higher than those covered by the national health insurance scheme.

In Mr Seow’s case, the reason for his paltry insurance payout was that the subsidised bill from the SNEC was 50 per cent higher than the claim limit for that procedure.

The wider implication was that thousands of patients in Singapore were probably finding themselves in the same situation each year as Mr Seow, facing bills from public institutions which were higher than what the government allows MediShield Life to cover.

As a result of Mr Seow’s determination and the newspaper’s inquiries, the issue was raised in Parliament in January this year (2019).

The government has now decided to review national health insurance claim limits every three years instead of five.

And there was more good news for those who rely that the system will deliver basic, affordable healthcare – in March, the SNEC cut its fees for 20 procedures by between 15 and 32 per cent. This could reduce each bill by up to several hundred dollars for about 14, 500 procedures done a year at that institution.

What The Straits Times discovered thanks to Mr Seow shocked even those in the upper echelons of the Ministry of Health – that at least one public health institution had raised fees to levels much higher than those covered by the national health insurance scheme.

What got Mr Seow so riled up and made the issue such a talking point was that when Medishield Life was introduced, the trade-off for making it compulsory was that the government made a promise: lower-income people now need never fear having to foot big medical bills entirely themselves for treatment at public hospitals.

The aim was that 90 per cent of patients would have 90 per cent of their bills covered, beyond an initial amount – which insurers call a “deductible” – and co-payment over that.

But Mr Seow’s complaint led to the discovery that, in the years since Medishield Life was launched, coverage had in fact dropped to 80 per cent of fully subsidised bills.

And these are patients who need a helping hand – about a third of 4 million Singapore residents rely entirely on MediShield Life for their health insurance. The rest can afford policy add-ons from the private sector.

HOW THE PROBLEM CAME TO LIGHT

So how did Mr Seow, who is retired and lives in a subsidised government apartment, end up caught between high medical fees and low insurance payout, sending him on the road to being an unlikely healthcare hero for the needy?

It all began in 2017 when he went to the Singapore National Eye Centre for two operations involving unblocking his tear ducts in both eyes in preparation for cataract surgery. He certainly wasn’t prepared for the financial shock that followed.

The main problem was that the bill was S$1,472 over the claim limit of S$3,005 including room and board as well as the operation. The latter alone was limited to S$2,800. This capped amount is stated in the Ministry of Health’s (MOH) table for surgical procedures, though there is no explanation how the amount is arrived at.

Said Mr Seow: “The whole idea of MediShield Life is to meet heavy bills. I don’t understand why it is limited to S$2,800 when the bill is more than S$4,000. This defeats the purpose of insurance.”

Another was that while S$3,005 was claimable, as Mr Seow is over 80, the insurance scheme requires him to pay the deductible amount of S$3,000 himself. As for the remaining $5, the helping hand of Medisave Life paid the 90 per cent, alright – a grand sum of S$4.50. Mr Seow’s 10 per cent co-payment was still required, of 50 cents.

Fortunately, Mr Seow did not need to take out a bank loan for the overall big bill – he could pay the amount from a long-established scheme the government operates where workers pay into designated savings accounts that include a healthcare one called MediSave.

In January, addressing ST’s report over Mr Seow’s plight, Senior Minister of State for Health Edwin Tong not only announced more regular reviews of claim limits that cap national health insurance coverage, but also promised: “We will continue to review, refine and strengthen MediShield Life and other components of our public healthcare financing system, and just as importantly, manage our healthcare costs to ensure that public healthcare remains affordable for all Singaporeans.”

As for Mr Seow, his dogged pursuit of his SNEC bill will benefit those who undergo similar procedures: in particular, patients who need the same surgery as him – called dacryocystorhinostomy (duct drainage surgery) – as well as procedures such as glaucoma surgery with implant and retinal detachment surgery, “will see subsidised bill sizes lowered by an average of 25 per cent”, said a spokesman for the centre..

And what of the amount that Mr Seow had to cover himself? SNEC has since offered Mr Seow a goodwill payment of S$1,300 – or near the amount MediShield Life would have covered if the entire bill had been within the limits set.

This story is a compilation of a series of articles by Salma Khalik published by The Straits Times from Dec 31, 2018 to Jan 16.

BEHIND THE STORY
On discovering Mr Seow’s plight, StraitsTimes senior health correspondent Salma Khalik spent four months probing the gap between Singapore’s health insurance claim limits and subsidised fees charged by public health institutions. Not only did her coverage spur debate in Parliament about the adequacy of national healthcare insurance in January 2019, it led to the government’s decision to review national health insurance claim limits every three years instead of five. The 83-year-old patient in the centre of the issue was also delighted to hear that the Singapore National Eye Centre’s (SNEC) decision to review and adjust its charges. “This will help many other people,” he said. 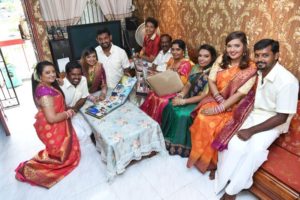 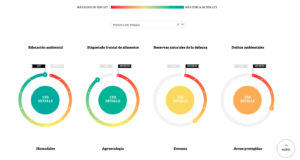 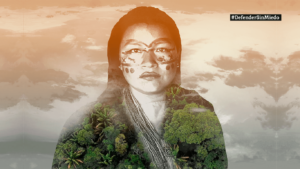