How newsrooms made an impact in society

Thirty-eight newsrooms. Forty-seven stories. Making an impact that has been felt far and wide.

Editors and journalists in newsrooms around the world have come together to showcase some of the work they do and the effort that goes into producing stories that make a difference to the lives of people in their communities.

This is to mark World News Day today, which celebrates journalism and the importance of credible news that matters.

Through this, the aim is to inspire and motivate other news organisations to continue their efforts, despite the tumult experienced by media titles in an era of social media.

Newsrooms have pulled out their most impactful works to share with readers around the world.

These stories have shaped policies, exposed corruption and fought injustice, with reports from the ground tackling issues of significance to the communities.

Through this, the aim is to inspire and motivate other news organisations to continue their efforts, despite the tumult experienced by media titles in an era of social media.

Newsrooms have pulled out their most impactful works to share with readers around the world.

These stories have shaped policies, exposed corruption and fought injustice, with reports from the ground tackling issues of significance to the communities.

Bangladesh’s The Daily Star highlighted its stories on frequent accidents from fire in its capital’s densely populated commercial zones, which are lined with decrepit buildings, built long before fire prevention norms became the rule.

Lives have been lost and business disrupted. The stories forced the government into action.

German daily Suddeutsche Zeitung shared its explosive expose with German news magazine Der Spiegel earlier this year that led to the fall of the ruling government.

Austria goes to the polls tomorrow. The report recounts a sting operation in July 2017, three months before Austrian elections that year, which was videotaped.

It showed the leader of Austria’s far right Freedom Party, and the deputy mayor of Vienna at the time, meeting a woman in Spain who claimed to be the niece of a Russian multimillionaire and offered him campaign support in return for public contracts.

The politician, Mr Heinz-Christian Strache, later rose to become the country’s vice-chancellor. But the video’s release earlier this year, and the reports, led to his downfall.

“The newspaper paid no money for the material,” a representative from Suddeutsche said in its submission for World News Day. “And neither did Der Spiegel, according to the magazine.”

Brazil’s Zero Hora has an investigative report on how retirees in their country were being charged for insurance that they did not sign up for. It took the paper’s team close to two months to expose the scam.

And Fiji Sun, a daily newspaper in the South Pacific nation, submitted a story on how an online message posted by a Fijian living in Australia warning of unrest on Sept 23 generated

Many Fijians have not forgotten the political turmoil that divided the nation in the past.

But checks, and a message from The Republic of Fiji Military Forces Land Force Commander, Colonel Manoa Gadai, on Sept 18, effectively quashed the speculation.

Singapore’s The Straits Times submitted three stories written in the past 18 months that influenced public policy. These were senior health correspondent Salma Khalik’s article on how a dogged 84-year-old shook up the country’s health system, senior correspondent Joyce Lim’s report on public health institutions paying foreign agents to refer patients and senior writer Wong Kim Hoh’s inspiring profile of a former flight attendant who became paralysed after an accident but who now helps others find their feet. The paper also shares its continuing effort to fight fake news.

These and several other contributions made by contributing newsrooms can be read on the World News Day site, www.worldnewsday.org, from today.

The idea to mark a day to celebrate journalism in this part of the world took shape at an inaugural meeting of the World Editors Forum, Asia chapter, in May, when editors from 15 newsrooms met in Singapore on the sidelines of the Wan-Ifra Publish Asia 2019 conference.

Taking up the idea, Bangladesh Daily Star’s editor and publisher Mahfuz Anam said that with the challenges posed by social media, newsrooms should showcase what they do and the impact they make, operating with the professional standards and ethics honed over decades.

Indonesian Antara’s Meidyatama Suryodiningrat also noted that media literacy is more vital than ever, and the next generation needs to be educated about journalism.

The group picked Sept 28 as the day to mark WND, as Sept 28 coincides with the United Nations’ International Day for Universal Access to Information. 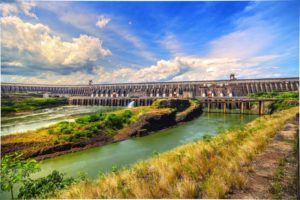 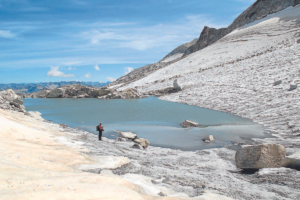 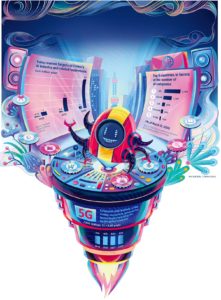 Pioneering daily use of cutting-edge tech