‘Falcon,’ a Marine sniper, recalls how his companions died as they tried to reclaim the Mapandi bridge from the Maute group – Isis-inspired terrorists – amid the five-month-long conflict in Marawi City in the southern Philippines that started May 2017.

Just a few hours past midnight, when the Marine troops tried to advance from the bridge toward a street surrounded by buildings, terrorists unleashed a storm of heavy gunfire, grenades and molotov cocktails. The firefight lasted 14 hours.

Despite the difficulty of getting through an area of terrorist-infested buildings, the valiant troops did not give up. Instead, they tried to enter the Mapandi area through a much farther bridge.

The Marines were eventually able to retake the bridge in at least two months, a turning point in the war that allowed the military to bring in more troops and supplies to the main battle area.

The experience made Falcon and Brawner realise the difficulties of urban warfare. The sniper added that most Marines were trained for thick jungle battles but not for fighting in cities.

The sound of bombs raining and flattening Marawi impaired the hearing of 78-year-old ‘Nanay Linda,’ who spent the whole five months in the hands of the terrorists.

Nanay Linda, a retired health worker, was among the hostages taken at nightfall on May 23.

That night, Nanay Linda recalled, they were taken in a van with teachers abducted from Dansalan College.

The reconstruction of the 24 most affected villages inside the 250-hectare land that used to be the main battle area would require an estimated P48 billion (US$927.2 million).

Nanay Linda said there were times Omar Maute, a terrorist leader, visited the building where they were held captive. An alumnus of Dansalan College, Maute would always talk to his former school principal about the good old days.

Maute assured the captives they would not be killed since they only wanted the military to withdraw its forces, Nanay Linda recounted.

What stuck with Nanay Linda from the conflict was the relentless bombing that led to flattened buildings and dead bodies.

“It was always raining bombs until almost all of the structures there were flattened,” she said.

For months, Nanay Linda and her fellow captives ran from building to building to avoid the bombs, while praying to the heavens that they would not be hit.

Until one day, no bombs fell from the sky.

Three weeks before the military announced the end of combat operations, the hopes of Nanay Linda and the rest of the captives lifted as a drone arrived. By then, the captors let their guard down as supplies were depleted and fatigue set in.

With a lipstick, one of the captives scribbled the word “help” on a cloth, hoping the drone would heed their call. And through the drone, the military handed them a phone, with an escape plan the captives pursued by dawn.

The captives ran until they were able to board a military safe vehicle, and were later brought to a safe house, staying there for eight days before they were allowed to go home.

However, much of the town was already flattened by the bombing, with many losing their homes in the process.

Townsfolk, like ‘barangay’ – meaning village – chief Bashir Manri, looked heartbroken as he stood atop what that used to be a lively park in the city’s centre, looking for this house.

“I looked for my home first. But I couldn’t even recognise our place because of the damage. I can no longer recognise home,” he said.

NO ONE WAS SPARED

Even the powerful clans in Marawi were not spared by the destruction.

Provincial government official Zia Alonto Adiong broke down in tears when he saw the devastation that turned their ancestral house into a pile of broken stones and twisted steel.

Adiong’s grandfather, the late senator Domacao Alonto, began to build the house in Panganuran village in the 1950s. Their residence was treated as an open house, as Maranaos freely entered the compound on many occasions.

He said the family has yet to discuss how to rebuild their ancestral house. He has proposed retaining a portion of the ruins as a marker for people to see, a reminder to the next generation of the destructive power of hatred.

RUINED MOSQUES
Simultaneous calls for prayer from towering minarets scattered throughout central Marawi used to wake up Maranaos from their lakeside slumber before daybreak. But the war silenced these Islamic beacons of peace as the nightmare of destruction befell the town area.

Out of at least 56 mosques or masjids — big and small alike — in the 24 villages in the main battle area, 48 were wrecked and would need to be built from scratch, according to the United Imam of the Philippines. Most of the destroyed mosques were the big ones, including the landmark Islamic Center.

MARAWI REHAB
Wider roads, a modern business district, riverside parks, and promenades are just some of the improvements expected to rise from the ashes of war in Marawi City. And what the battle destroyed in five bloody months, the government promises to rebuild in 4 years at most.

The reconstruction of the 24 most affected villages inside the 250-hectare land that used to be the main battle area would require an estimated P48 billion (US$927.2 million).

“It was always raining bombs until almost all of the structures there were flattened,”

How locals and the national government view reconstruction work may even lead to a worse problem – radicalism – said researcher Steven Rood, a former University of the Philippines professor from the northern Philippines who has done studies on the Moro conflict both for the Social Weather Stations and the Asia Foundation.

While the government’s plan tries to paint a beautiful and modern picture of a reconstructed Marawi in three more years, the Maranaos have a simpler vision—good ol’ home. As the Maranao saying goes: “Minsanoray bolawan a oran ko isa ka inged na mapangingiroy tadn i tarintik sangganatan.”

Roughly translated in English, it means: “Even if gold rains in other places, I will prefer the raindrops in Lanao.”

This story by Patrick Quintos was originally published on ABS-CBN News on March 13, 2018.

BEHIND THE STORY
Written by Patrick Quintos, the story was part of a 9-part special report that won the 2018 Association of International Broadcasting (AIB) Awards in the interactive category and an Honourable Mention in Journalistic Innovation at the Society of Publishers in Asia’s (SOPA) 2019 Awards for Editorial Excellence. It recounts the five month siege on Marawi City staged by Islamic State sympathisers in 2017 through the perspectives of the people affected by it. Before this story, readers have never had a view of how widespread the destruction was except for news footage shown on television. The multimedia story was presented on a map with several aerial shots of Marawi, which gave readers a survey of its total annihilation. It was developed for the web by Regie Francisco and published on the ABS-CBN News Digital website, featuring photos from Jonathan Cellona and Fernando Sepe Jr and drone videos from Val Cuenca. With the city holding the families’ stories and their culture’s legacies in shambles, residents of Marawi fear that the situation will unravel into more conflict if the government failed to provide answers about its destruction. This story is both an attempt to acknowledge that fear, and to honour the people who struggled to stay alive as well as the memory of those who perished. 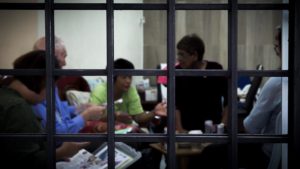 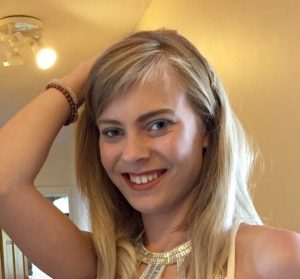 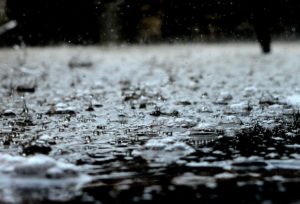