There is a global “war” being waged in the health industry.

Civil societies and several governments in poor as well as rich countries – including Malaysia – are up in arms over pharmaceutical companies setting prices so high that some life-saving drugs are beyond the reach of many.

The concern over astronomically expensive drugs and the lack of accessibility has reached the World Health Organisation (WHO) level, and access to medicines and vaccines is expected to be among the top items on the agenda at the 72nd annual World Health Assembly in Geneva, Switzerland, beginning on May 20 (the assembly ends on May 28).

Geneva-based Health Policy Watch says that the WHO’s executive board in January held a lengthy debate on a road map for access to medicines, and now it will be put before the assembly.

On Feb 1, Italy proposed that the WHO set international standards for drug-pricing transparency. It has asked the assembly to adopt a resolution that would require drug makers to disclose their R&D and production costs, as well as prices charged for medicines and vaccines.

The proposal sent to governments on April 29 had 10 co-sponsors and Malaysia is one of them; the rest are Italy, Greece, Portugal, Serbia, Slovenia, South Africa, Spain, Turkey, and Uganda.

Italy’s proposal “has generated significant discussion and may be overshadowing the focus on the WHO roadmap to access to medicines, vaccines and other health products,” says Health Policy Watch.

Skirmishes already began on May 7 at informal negotiations ahead of the assembly.
Several developed countries have proposed amendments to Italy’s proposal that activists claim will make it confusing, weak and useless in many areas. Some countries have also sought to postpone discussion of the proposal.

Following such resistance, more than 100 civil society organisations and health experts sent an open letter to WHO member state delegates on May 9, urging them to oppose harmful proposed changes to the resolution.

The proposal will give the WHO and national governments a strong mandate to collect and analyse data on drug prices, R&D costs, clinical trial results and costs, the patent landscape, and more, says the letter.

“At a moment when the public is looking to their elected governments to address the crisis in the pricing of new drugs and other biomedical inventions, the WHO has been asked to do something important: improve the transparency of markets for biomedical products and services,” says Knowledge Ecology International’s (KEI) director James Love on its website.

The International Federation of Pharmaceutical Manufacturers and Associations warns that the Italian proposal could lead to unintended consequences for the capacity of companies to offer preferential pricing to developing countries, and that it must be seen from diverse perspectives.

It urges WHO and its member states “to conduct careful analysis of the potential benefits and risks to patients and to health systems, particularly for less developed countries, in addition to future innovation,” the Health Policy Watch reports.

The federation says its industry has responded to concerns raised in the proposal, citing its Principles for Responsible Clinical Trial Data Sharing, and the Patent Information Initiative for Medicines as examples.

In the last few years, some countries have resorted to drastic legal action to gain access to affordable drugs.

Malaysia came to the forefront of this issue when, in 2017, it became the first country in the world to impose a compulsory licence to gain access to the cheaper generic version of the hepatitis C drug sofosbuvir for about 400,000 of patients.

The hepatitis C virus affects about 71 million people globally, over 66 million of whom are not being treated, according to the WHO. This is despite the fact that 95 per cent of people with hepatitis C can be completely cured within two or three months of beginning treatment.

The compulsory licence is provided for under the World Trade Organisation’s Agreement on Trade-Related Aspects of Intellectual Property Rights. It allows for the generic version of a drug to be imported or manufactured while it is still under patent protection.

Malaysia was placed under a lot of pressure for the move, prompting the Health Ministry, on Feb 25, to urge the WHO to look into the pricing system of medicine by pharmaceutical companies.

The hepatitis C virus affects about 71 million people globally, over 66 million of whom are not being treated, according to the WHO. This is despite the fact that 95 per cent of people with hepatitis C can be completely cured within two or three months of beginning treatment.

Last August, China compelled a pharmaceutical company to withdraw unmerited key patent claims on the sofosbuvir base compound. With 10 million people in China living with chronic hepatitis C, the ruling opens the door to affordable generic treatment ahead of the patent’s expiry in 2024. The base compound patent on sofosbuvir was granted in China in 2009.

A nonprofit that specialises in uncovering unfair patents, Initiative for Medicines, Access & Knowledge (I-MAK), estimates that treating just 15 per cent of China’s hepatitis C patients with generic drugs would save US$13 billion (RM54.9 billion), with a massive US$87 billion (RM367.5 billion) saved if all patients are treated.

There is a growing global momentum to challenge unmerited patents to ensure more people can access life-saving treatments, I-MAK says.

China is also overhauling its healthcare system to provide better access to quality drugs and treatment for its population.

In December, news agency Bloomberg reported that the government had asked 11 major cities to band together to buy drugs in bulk through a tender process to bring down prices.

It’s not just developing or poor countries that are struggling with high drug prices.

In the United States, 18 lawmakers wrote to the US Department of Health and Human Services in February last year to consider issuing a compulsory licence for expensive hepatitis C treatments because rationing high cost treatment was harming the country’s public health.

On Feb 5 this year, President Donald Trump, in his State of the Union address, called on Congress to contain the rising costs of prescription medications, saying it is unacceptable that Americans pay vastly more than people in other countries.

I-MAK exposed drugmakers’ abuse of patent law in the United States in 12 bestselling drugs in 2017.

To protect themselves from competition, drug companies file hundreds of patent applications – the vast majority of which are granted – to extend their monopolies far beyond the standard 20 years of protection granted under US patent law.

I-MAK says the average number of years blocking generic competition are 38, years blocking patent applications are 125 and the average price hike since 2012 is more than 68 per cent.
The US Senate Finance Committee launched a bipartisan probe to examine drug pricing in the United States and the rising costs for consumers and taxpayers.

During the hearing on Feb 26, the committee censured a drug company that had, in 2017, spent around US$11.5 billion on dividends, stock buybacks, marketing, sales and administrative costs – roughly triple the amount it spent on R&D.

It also lambasted another company for increasing the price of insulin from less than US$100 in 2010 to nearly US$300 last year (the company raised prices again this year).

The committee also said that in 2017, a portion of a CEO’s multi- million-dollar bonus was directly tied to sales of an arthritis medication.

“Can patients opt for a less expensive alternative? No they cannot,” it said, adding that the company protects the exclusivity of the drug like Gollum with his ring (referring to the character in the Lord of the Rings series).

Top executives from the seven largest drug companies were also hauled up before the committee to explain the skyrocketing cost of prescription drugs.

On May 15, the committee tweeted again, saying: “@HHSGov is starting to look into drug company middlemen that take millions from taxpayers. But more needs to be done to prevent these middlemen from using schemes like ‘spread pricing’ to take big profits while taxpayers get stuck with the check.”

(How spread pricing affects the consumer: a pharmacy benefit manager company pays a pharmacy a minor amount for a drug but charges the health insurer that employs it much higher prices; the insurer in turn will charge its customers higher premiums to cover its costs.)

In Europe, issues relating to external reference pricing was reignited by an unprecedented meeting in Brussels in mid-April that brought together national pricing authorities with drug companies, patients, payers, physicians, and civil society.

A decade ago, EU national authorities conceived a scheme known as Euripid to boost their negotiating powers with pharmaceutical manufacturers by exchanging pricing information among themselves. (One country compares the price of a drug in several other countries to derive a reference price that is then used to negotiate the product’s price in that country.)

Pharmaceutical companies say this could hinder drug access since companies tend to delay the launch of products in countries with the lowest prices, to counteract the downward pressure in price-comparison baskets. The industry is also pushing back against Euripid’s ambitions to shift its focus from list prices to net prices, PharmExec.com reports.

Now, with more countries holding pharmaceutical companies to account, more intense debate is expected at the WHO assembly on May 20.

More transparent pricing and a redirection of how medicines are sold is urgently needed.
Buying most products and services is a choice – but you can’t choose not to buy medicine, so if you need that patented drug to save your life, you have to find some way to cough up the exorbitant price.

This does not work, especially on a global scale, where millions lack access to the treatment for certain infectious diseases that continue to spread, setting up a vicious cycle. This is a free market failure that must be addressed.

The fight for price transparency saw fruition in May, when the concern was discussed at the World Health Assembly in Geneva, Switzerland.

The drug price transparency resolution proposed by Italy for the WHO was adopted. Although diluted, civil society organisations and many countries were glad that it had made an inroad and the initial resolution serves as the first step in bringing greater disclosure of prices.

The resolution covers all health products, which include medicines, vaccines, medical devices, diagnostics, assistive products, cell- and gene-based therapies, and other health technologies.

This story by Loh Loon Fong was originally published on May 19.

BEHIND THE STORY
The issue of access to drugs is not just a Malaysian issue but a global one. In fact, concern over astronomically expensive drugs and the lack of accessibility has reached the World Health Organisation (WHO) level. Written by the Star journalist Loh Loon Fong, the article gives an overview of the concern communities around the world have with high cost of drugs and the need to address the market failure relating to maximising of profits. For the past three years, Loon Fong consistently advocated for fair and lower drug prices. Her stories on high drug prices were part of the global effort to spur governments to get the issue addressed at the 72nd World Health Assembly (WHA), including this article published on May 19, the day before the WHA. 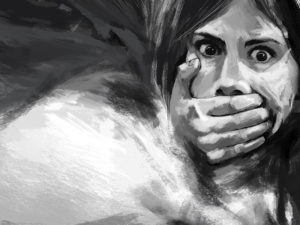 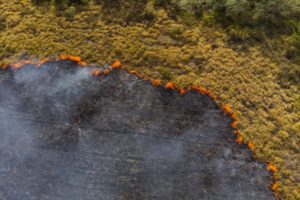