To mark World News Day on September 28, 2022, the World News Day campaign is sharing stories that have had a significant social impact. This particular story, which was shared by Rádio Gaúcha Zero Hora (Brazil), was published on June 25, 2022.

July marks the 10th anniversary of one of the most ambitious construction projects ever created in the country, the National Program for Restructuring and Acquisition of Equipment for the Public-School Network for Early Childhood Education (Proinfância). This federal government project emerged in 2012 as a possible redemption for the dilemma of those who had nowhere to leave their children to go to work. Execution was just over halfway through.

In Rio Grande do Sul, the construction of 1,843 daycare centers and sports courts was planned. Of this total, 853 were not completed. For three reasons: either they were canceled (they only had a contract, the works did not even start) or they are unfinished (the contract ended before the construction was finished) or paralyzed (the construction stopped, but the contract is still in force).

When someone analyzes the skeletons of unfinished daycare centers that proliferate in Rio Grande do Sul, one name tends to pop up: MVC Componentes Plásticos. This company, which is undergoing judicial reorganization, started to build 41 daycare centers and never finished them. They represent 41% of the works interrupted in Rio Grande do Sul territory by the manager of Proinfância, the National Education Development Fund (FNDE), linked to the Ministry of Education (MEC).

The companies assure that the schools were unfinished because the federal government delayed all transfers of funds for the works. And also because municipalities did not comply with earthworks commitments. “More than 10 meetings were held at the Ministry of Education, explaining the problem of default and requesting the resumption of works. Nothing worked, the resources did not come”, emphasize representatives of Gatron (MVC’s new name), in a note to the editors.

The vast majority of FNDE works are made up of Proinfância children’s schools, but some are sports fields. Of the total of 853 projects that did not succeed in the state, 202 relate to MVC. Most did not even get off the ground, but 41 of these MVC daycare centers were started – and not completed. Of the 41, as the FNDE informed the editors, there are plans to redesign or resume 10. The others are abandoned.

The Federal Audit Court (TCU) is watching and has just approved a specific audit for interrupted MEC works across the country. Almost all of the abandoned buildings are children’s schools. Of the 9,700 suspended projects, around 2,300 had some structure started.

Even with these mishaps, Proinfância did more than it failed to do. 15,600 works were completed and another 3,600 are in progress. What is strange to the auditors, according to the court document, is that the federal government has prioritized the construction of 2,000 new schools recently, when there are so many unfinished constructions.

The RBS Investigation Group (GDI) researched federal government and municipal websites and found that MVC is the contractor that most promised and least fulfilled, among the contracts agreed with the FNDE. When the federal government launched the Proinfância bidding process in 2012, the state faced one of the worst deficits in early childhood education, with a need for more than 215,000 vacancies. MVC closed contracts to generate 19,400 vacancies in Rio Grande do Sul, with the construction of 208 of the 1,800 projects planned by the FNDE for the State (almost all daycare centers). But only 12 schools were completed (6% of the forecast), with a balance of 1,900 vacancies created. Other contractors also failed in the commitment, but MVC is the one that has fulfilled the fewest contracts, proportionately.

What happened? It is a long story. The federal government was in a hurry to tackle the deficit in early childhood education. In Rio Grande do Sul alone, 215,000 jobs vacancies to be created. Due to the need for speed, the first Proinfância bidding, carried out under the Differentiated Public Procurement Regime, had among the winners four companies that prepared innovative constructive proposals, which promised to conclude in less time and at a lower cost than conventional ones. One of them, MVC, won a bid to build 1,241 daycare centers in the country (208 of them in Rio Grande do Sul), by replacing bricks with a polymer (with fiberglass), a lighter material.

The method, which claims to be more agile and cleaner than traditional masonry, uses ready-made sheets fitted together. However, the construction company was not able to build the planned schools within the established deadline. It claimed financial difficulties due to lack of transfers of state funds and asked for price readjustments, not granted by the city administrations – which would also have failed to comply with other agreements, such as preparing land. MVC even committed to building 900 by 2015 and started more than 600, according to a report brought to the federal government that year. Then the works stopped.

The result is that, between 2013 and 2015, MVC concluded only 12 day care centers in the state. This occurred after part of the funds were allocated to the ventures. In addition to wasting public funds and the deterioration of the material wasted in the interrupted works, the communities were left without the daycare center vacancies that would be created in these almost 10 years.

The Federation of Associations of Municipalities of RS (Famurs) mediated meetings between mayors and representatives of the construction company, which undertook to resume work. But despite promises, the schools were not completed by MVC.

Some municipalities, with the help of federal funds, abandoned the alternative method and, in many cases, used their own resources to complete the schools, hiring other contractors, in addition to obtaining assistance renegotiated with the FNDE. The worst thing is that in many cases these construction companies signed contracts to complete the interrupted works of MVC and also did not complete the service.

— Mayors struggled to complete daycare centers when MVC left them incomplete. They managed to complete 160 of the 202 projects agreed by MVC. They did this with their own resources, in the most advanced buildings, and with funding from the FNDE in the others. In relation to the 41 interrupted constructions, many are so deteriorated that lack conditions for conclusion — says Márcio Biasi, Education Coordinator at Famurs.

In some cases, city administrations that resumed work had to redo the entire structure, because MVC’s technology is not compatible with conventional bricklaying, says Biasi. The mayor of the coastal town of Terra de Areia, Aluísio Teixeira, confirms this. MVC abandoned a daycare center construction in that municipality when it had 34% of the work completed. The structure rusts in the open, and the municipality filed a lawsuit for damages against the company. The intention is to use the land for a new day care, but only after they manage to win the lawsuit. In the meantime, the city pays rent for rooms for small children to stay.

— Not even the foundations of the unfinished daycare can be used more, because the innovative material proposed by MVC does not support the weight of concrete or bricks. We will have to start from scratch,” laments the mayor.

The Federal Audit Court (TCU) even considered that MVC would be declared unsuitable and prohibited from participating in federal bids for five years, but the measure was not adopted. Pressed by debts, the company entered into judicial reorganization in 2017.

The corporate name MVC was changed to Gatron Inovação em Compósitos, whose headquarters are in São José dos Pinhais (PR). MVC is a corporation whose shareholders included the Rio Grande do Sul companies Artecola (74%) and Marcopolo (26%). Marcopolo alleges that it withdrew from society before the daycare project. 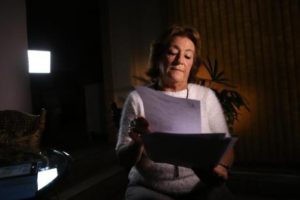