Rádio Gaúcha Zero Hora: Unfinished schools: how can the problem be avoided?

To mark World News Day on September 28, 2022, the World News Day campaign is sharing stories that have had a significant social impact. This particular story, which was shared by Rádio Gaúcha Zero Hora (Brazil), was published on June 24, 2022.

Transparência Brasil carried out a study on abandoned Ministry of Education works and concluded that there were many failures in the Proinfância program.

In addition to the audit by the Federal Audit Court (TCU), Transparência Brasil carried out a study on abandoned Ministry of Education (MEC) construction works and concluded that there were many failures in the Proinfância program.

— Some companies won bids without being able to deliver the works. There was a delay in transfers from the federal government, lack of control, as many works were left with funds withheld for years. Municipalities used money from daycare centers for other purposes and the federal government never recovered the amounts. The FNDE failed to make basic demands, such as the ownership of the land by the municipalities — says Juliana Sakai, director of operations at the entity.

The assessment is shared by another non-governmental organization, Observatório Social do Brasil, which carried out a sampling inspection. The entity monitored 135 daycare works in 21 Brazilian municipalities. Only one was completed on time, notes Ney Ribas, president of the entity.

— There was a lack of control by the federal government, by the FNDE. And, locally, many municipalities failed to properly use the funds received. Either because they didn’t present projects, or because they weren’t efficient in the execution of the work — notes Ribas.

— In the case of MVC, the biggest problem was the company’s low financial capacity. It had to make large investments before receiving the federal resource and also faced a lag in the amounts budgeted by the FNDE, in addition to possible delays in transfers. There was also difficulty in hiring local labor — adds Keyla Boaventura, from the TCU Secretariat for Urban Infrastructure.

And what can be done now and in future bids like this?

One of the steps recommended by the experts heard is to carry out bids in which companies prove that they really have the capacity to invest. Another is to establish a permanent inspection of the work, from the first piece of concrete laid. Notifying municipalities so that they demand compliance of the company and suspend payment in the first stoppage should also have been done – that is, the work between the federal government and municipalities could be in better harmony.

Experts also mention that avoiding early payments is ideal. Finally, the recommendation is that funding bodies use technical criteria, and do not prioritize granting political advantages to ideological allies when choosing companies. 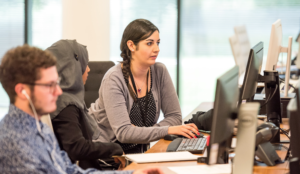 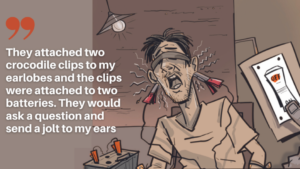 The Daily Star: Where do the ‘disappeared’ disappear to?