This story was originally published in El Litoral.

Around 50 families live in the Los Alisos beach area in precarious conditions and problems with neighbours are commonplace. The municipality plans to resolve social fragmentations and find a definitive solution together with social organizations, the Provincial government and other State agencies.

Resolving the precarious habitat conditions of hundreds of families in the city of Santa Fe, Argentina, is a pending matter that the municipal and provincial governments cannot yet “approve”, either because the policies applied are wrong or due to the simple fact that the percentage of poverty and homelessness in the country is growing rapidly and the need to have a place to live is urgent.

Faced with this lack of “decent housing”, Santa Fe families that do not have a roof to live in mobilize in groups and settle in different free lands found on the outskirts of Santa Fe. These settlements generate conflictive situations among neighbors, and returns a daily friction. A clear example is what happens in El Pozo. There, some 49 families (according to a 2019 survey) are settled on the shores of the Setúbal lagoon, on Los Alisos beach, a space occupied more than a decade ago.

“The city of Santa Fe presents socio-urban fragmentations that show social vulnerability and the discontinuity of the urban fabric. These sectors of the city represent the highest rates of overcrowding and insecurity. If we add to this inequality in access to land, generates irregular occupations, as is the case of Los Alisos, an area with water risk “, analyzed Paola Pallero, executive director of the Autárquico Santa Fe Habitat Entity, in an interview with El Litoral, and added:” As a first instance we want to face a survey news of the families and update it to today. This is done through a coordinated effort with the Province and the MPA (Public Prosecutor’s Office) “

The sectors that show these irregular situations, for Pallero are located, for the most part, “on the western edge of the city, in the north and in the district of La Costa.” When asked about the comparative analysis with previous years and the demographic growth of the usurped land, the official highlighted: “Yes, they have sustained growth. In the case of El Pozo, from 2009 to today.”

How can the problem be addressed?

From the municipality we are going to bet on a relocation project that is sustained over time and that is comprehensive, that is, that not only addresses home improvements in a safe place, but also that includes public space, social integration urban and the necessary infrastructure, so as not to replicate this situation in another part of the city.

Let us remember that Los Alisos is one of the popular neighborhoods registered by the Renabap (National Registry of Popular Neighborhoods) for socio-urban integration. For us it is a priority to intervene in the socio-urban integration project, but when they constitute a risk for its inhabitants such as Los Alisos, as it is a water risk area, the projects must be approached in a comprehensive manner from all levels of the State, together with social organizations. That is why we are doing it with the residents of the El Pozo neighborhood, social and self-convened organizations, to convey to them the priority of the municipality to work on this socio-urban integration.

Yes, when we were together we shared our vision with them and that is why we will continue working together.

How long will this integration take?

It will depend on the financing and resources that we can get, but the project is already well advanced.

It is a problem that has been around for a long time, different provincial and local governments have passed. What is reality today?

For us it is a priority due to the social vulnerability that was generated, not only at the insecurity level but also in relation to the habitat and quality of life of these inhabitants. Plus the problem that can be transferred with the residents of El Pozo.

When you became municipal government, did you expect to find this habitat situation or were you surprised by the numbers?

We were surprised by the numbers, especially the fragmentation of the city, there is a very large gap between the formal and informal urban ejido. That is why we are prioritizing all socio-urban integration works in the northwest and on the western edge, not only to aim at the construction of new homes but also to provide alternatives for improvements that can generate a decent place.

On the other side of the defense

El Litoral toured the place and spoke with the neighbors to find out their positions on the controversial situation generated by the issue of settlements.

María del Rosario Alarcón, a neighbor of El Pozo, gave her point of view to the problem of the settlement on Los Alisos beach, but before that she reviewed the years that gave rise to the popular neighborhood. “Before the construction of the shopping center began (formerly Paseo del Sol, located in front of El Pozo) there was a villa sitting on the entrance of the shopping mall, next to Route 168 and they called it Villa Corpiño. Suddenly they removed the villa because it was on private land and there they built the service station, when they were run they came to settle on the shores of the lagoon, behind the El Pozo neighborhood, “recalled the neighbor.

What is the biggest problem that it generates for you?

Here the problem is the absence of the State, which has been absent in the last 13 years. The biggest problem is the insecurity, not because the people of the settlement are bad but in the last time people have come who occupy land and sell houses, here crime has become common.

Who should regulate these illegal land sales?

The regulation has to come from the State. There are both provincial and national laws that prohibit building on the banks of rivers and we do not have a building, we have a complete neighborhood.

Did you have recent responses from the State?

Yes, the last call was made by the mayor Jatón in the Municipality with all the neighborhood institutions, which were well received and presented their problems.

What do you want: to be removed or to be given a place to live?

One thing leads to another. The people who live there are citizens who have their rights. Here it is not a question of a struggle of the poor against the poor, a fight that happens when the State is absent. These people deserve to live differently. They do not have drinking water and we are in the middle of a pandemic, one part has electricity because the EPE installed a community connection, but in the other part the cables come down from the public lighting and it is a danger. They live in absolute misery and it cannot be that they live like this.

How do people get to this place? In what situation?

There are people from the outskirts of the city, but there are also people who came from Chaco, from Santiago del Estero. Here they have many basic needs (for essential services), there are differences between the neighbors.

How was your arrival in the neighborhood? Did you ask permission to install?

Through a letter that I sent to the Municipal Council and they told me that I could be two meters from the defense but that you could not build a house and that is why I built my little ranch.

Is it difficult to live with the neighbor who is on the other side of the defense?

It is not difficult, you have to learn to live together. In 15 years I never saw what happened recently (in reference to the shootings in July).

“I bought a little ranch”

Facundo lived in Alto Verde, but decided to move to the Los Alisos settlement after buying, clearly irregularly, a space to live. “I came because I bought a little ranch. My mother got it for me,” he said. When asked who his seller was, Facundo limited himself to saying: “I have no idea who they were. There were people here who sold the land, nor were they the owners, but they sold them anyway.”

“Here you live quietly, better than in other neighborhoods,” said the young man who searches for them as a bricklayer, adding: “I would like to live here and able that one day we can have a house of material.”

What do you feel when there are people who think of getting them out of here?

Wrong. We have no other place to be and where to go. There are many people here who have young children, they have to give them something. 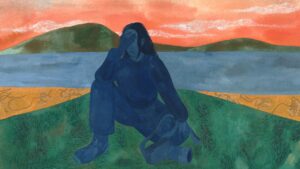 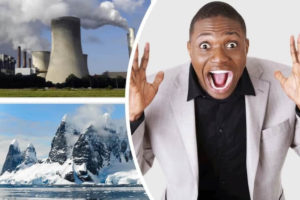