Less than 24 hours after Stuff Circuit’s Life + Limb documentary revealed 17 deaths and injuries connected to New Zealand firing ranges in Afghanistan, Prime Minister Jacinda Ardern ordered the Defence Force to urgently clean up our unexploded ordnance. The documentary had exposed devastating stories of loss and asked the question, why have those accountable not taken responsibility for their actions? Thanks to this piece of investigative journalism, they have.

New Zealand went to Afghanistan in 2003 on a ‘hearts and minds’ mission. So when we came across information suggesting civilian deaths for which our country might be responsible, it was important to investigate.

We travelled to Afghanistan to film the facts: were there deaths and injuries of civilians? How many? Were they connected with our firing ranges? Were New Zealand authorities aware? Had they done anything about it?

We knew there was a UN database which detailed nine separate incidents, but before we even arrived in Afghanistan, we got hold of documentation in which the New Zealand Defence Force stated that none of the incidents had been directly linked to its activities, and that it had cleared the main firing range in question.

How could that be so at odds with what we’d been told by others?

We wanted to track down injured survivors and the families of those who’d been killed – to put faces to names so our audience could connect on a human level: that these are not just unnamed people in a faraway land; they are mothers and brothers and sons who’d suffered great loss.

We wanted to speak to the UN in Afghanistan, to local investigators, de-miners, and elders, and to track down documentation to get as full a picture as possible, to establish whether what the Defence Force claimed, was right.

The documentary unfolded the story of exactly what had happened, to whom, and where: and the facts were in stark contrast to what the New Zealand Defence Force had told us.

We structured and edited the video in a way which we hoped would pull the viewer in and keep them. These were important revelations so we chose opening and closing shots of three mothers grieving their seven children, killed in one explosion, because we wanted to provide an instant way for people to connect.

When we sat down to interview them, they told us they hadn’t heard from any New Zealand authorities since the incident – in fact, anyone at all from New Zealand.

“You are the first”, one of them told us, five years on from the deaths of her children.

But the mothers didn’t really care whose unexploded ammunition was responsible for killing their children.

They just wanted the firing ranges cleaned up so nobody else would be killed.

Within 24 hours of our documentary being published, the New Zealand Prime Minister, Jacinda Ardern, summoned Defence Force chiefs to Parliament, and ordered them to urgently clean up the New Zealand firing ranges in Afghanistan of unexploded ordnance.

In an interview with Stuff Circuit, the PM had a message to the families: “We have a responsibility to clear our sites and we will – it’s taken too long in my view.” 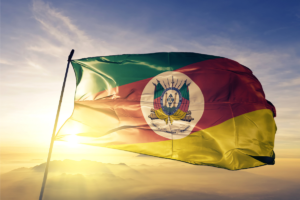 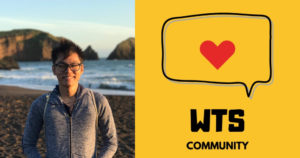 This Singaporean, 23, aims to get viewers saying ‘WTS’ with videos exploring social issues 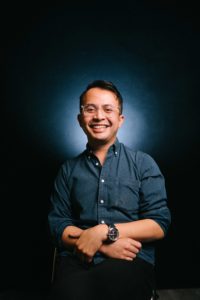