To mark World News Day on September 28, 2022, the World News Day campaign is sharing stories that have had a significant social impact. This particular story, which was shared by The Daily Star (Bangladesh), was published on March 23, 2022.

No monitoring of key air pollutant called black carbon despite its disastrous impacts on human health and environment.

People in Bangladesh every day inhale an alarming amount of black carbon, a particle not only harmful for human health but also responsible for global warming.

But it is hardly monitored in the country though there is a national action plan in place since 2018.

Result of incomplete combustion of fossil fuel and biomass, black carbon has the unique property of being able to absorb solar radiation and release it as heat.

It has many damaging consequences upon inhalation, including increased rates of cancer, scarring of the lung tissue and heart damage as it can enter the blood stream via the lungs.

“If we can control the black carbon emission, we can reduce the air pollution and also at the same time global warming.”

Prof Salam said they found burning of biomass — wood, dried leaves, garbage and agricultural wastes — responsible for 40-42 percent of black carbon emission in Bangladesh. Transportation is responsible for 45 percent and coal burning for the rest.

Black carbon, which does not last long in the atmosphere, is a key component of fine particles, or particulate matter 2.5 (PM2.5) —  tiny particles or droplets in the air that are two and a half microns or less in width.

Prof Salam said if the PM 2.5 is higher in the air, the amount of black carbon will be higher and the air will be unhealthier. “In Bangladesh, we found that 25-40 percent of PM 2.5 is black carbon.”

Tanvir Ahmed, civil engineering professor at Buet, said black carbon is not routinely monitored in Bangladesh, therefore its concentrations from direct measurements are not available.

But it can be assumed that If PM 2.5 rises, black carbon too goes up proportionately, he added.

Black carbon has a number of disastrous consequences on the environment and climate, as well as affecting the temperature within a city, having knock-on effects on the quality of people’s lives, according to IQAir, a Swiss air quality technology company.

“And with large accumulations of this taking place due to its heavy release from factories, brick kilns and automobiles, it would be found in high amounts permeating both the atmosphere and roads across Bangladesh,” it said in its 2021 World Air Quality Report.

The report puts Bangladesh on top among the most polluted countries in terms of air quality while Dhaka on the position of second most polluted capital in the world following New Delhi.

Researchers say the poorer the quality of air is, the more black carbon exists in the environment.

Prof Salam said though black carbon is a major air pollutant, the government has done little to tackle its emission despite embarking on a national action plan.

If it is controlled, the temperature of the country could be reduced by at least one degree Celsius, he also said, recommending immediate measures.

With the support of Climate and Clean Air Coalition, the Ministry of Environment, Forest and Climate Change conducted baseline assessments of short-lived climate pollutants, including black carbon,  in Bangladesh in 2013.

Following this, the national action plan was adopted in 2018, aiming to reduce black carbon emission by 40 percent by 2030.

But officials at the Department of Environment (DoE) say they have no mechanism to monitor black carbon — they only can monitor particulate matters PM10 and PM 2.5.

“We had identified the sources and formulated an action plan but due to fund crunch we could not implement it,” said Mirza Shawkat Ali, director (Climate change & International Convention) of DoE.

He, however, said they were trying to implement some of the provisions of the action plan like reducing the traditional brick kilns.

Following a High Court order last year, a detailed guideline was prepared on containing air pollution. “The Department of Environment alone cannot improve the air quality but it requires a comprehensive and coordinated efforts,” he added. 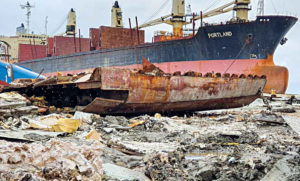 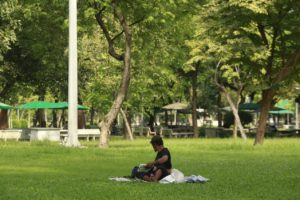