The war on truth has never been more relentless than it is today. Authoritarianism is on the rise and purveyors of ‘alternative facts’ have multiple channels of communication whereby they can obfuscate, deflect and deliberately misinform. World News Day 2022 is an occasion to celebrate fact-based journalism and remind people why this calling is so critical to democracy and human rights, to all those values that make the world a more livable place. When journalism is done well, when journalists can do their job without having to second-guess themselves for fear of putting a step ‘wrong’, they have the power to shine a light in the darkest corners and hold governments’ feet to the fire. Granted, this may seem like a utopian fantasy, and many a time vested interests do come in the way of this objective — but it should nevertheless be at least an aspirational goal.

Unfortunately, in Pakistan we seem to be drifting in reverse. With hugely consequential decisions on the political landscape happening behind closed doors, it is fertile ground for conjecture and conspiracy theories. To that, add propaganda and ‘fake news’ wheeled out as ‘journalism’, and the result is a citizenry losing trust in mainstream media. Social media — the go-to news source especially for Pakistan’s massive youth demographic — erases context and shades of grey, fostering a correspondingly reductive thought process. Together, both have led to the extreme social polarisation that we can see today. Nevertheless, many journalists, despite threats and intimidation, continue to do stellar work, uncovering facts and asking the searching questions that all those who wield power and must be held accountable should face as a matter of course. Perhaps the media as a whole must do more to showcase such journalism. It could also do a better job of explaining to its audience why they, the people, must fiercely guard their right to information which, in turn, depends on the right to free speech exercised by the press. No trade-off is worth the price of being kept in ignorance.

Noxious though some of its effects are, social media is the apotheosis of a process that began some two decades ago when Pakistani television news channels exploded on the scene. The frenetic news cycle reduced information to easily digestible, transient sound bites. As the audience, with advertisers following suit, shifted to the electronic medium, the circulation of newspapers went into steady decline. Sept 25 was National Newspaper Readership Day, an opportunity to appreciate the unique advantages that print journalism enjoys. An island of stability amid the din of digital and electronic media, print — especially newspapers of record — still inspires a certain level of trust. After all, the permanence of the medium demands a higher level of diligence on the part of its practitioners as well as the grace to acknowledge errors. For those reasons alone, newspapers are more relevant than ever today. 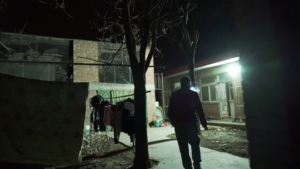 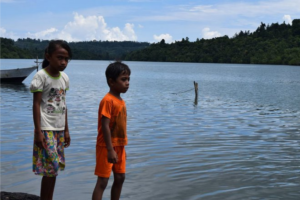