Singapore government clamps down on medical tourism in public hospitals

When his father needed treatment for a prostate problem in 2008, property developer Yudi Rahmat Raharja got a recommendation for an agent who could arrange for it to be done at a public hospital in Singapore.

The Jakarta-based agent organised everything, from an ambulance pick-up at Changi Airport to doctors’ appointments.

“I don’t remember being charged any agent’s fee, and generally had no issue with how much we were charged by the hospital,” Mr Yudi, 50, said.

“We understood the agent’s work was reflected in the total bill.”

Instead of Mr Yudi being charged for it, the agent’s commission was paid by the hospital.

This practice of paying foreign agents to refer patients had been going on for years in some public healthcare institutions, with agents earning potentially thousands in referral fees. But the institutions have now been told to terminate such contracts.

The Health Ministry (MOH) issued the order after the practice in hospitals including National University, Singapore General and Changi General was highlighted by The Sunday Times in September.

While foreign agents were not tasked to market the hospitals’ services and served mainly to facilitate visits by foreign patients, the ministry said it wanted hospitals to cease such contracts, “to avoid potential misinterpretation and misrepresentation.”

Foreign patients did not get subsidies and could be charged a premium for procedures performed by senior doctors, so agents’ fees, as a percentage of the total bill, could be very lucrative. In one case, an Indonesian agent contracted to provide NUH “administrative services” was paid eight per cent of the hospital bill, excluding doctors’ fees, for every foreign patient accepted by NUH.

The agent would get an additional percentage if the patient bill exceeded S$500,000, and even more if it exceeded $1 million.

Among the agent’s duties was to provide information and help arrange appointments with specialists.

Jakarta-based hospital agent HCM Medika said it had helped to facilitate medical visits for 15,000 patients to Singapore and Malaysia, since it was established in 2007.

HCM Medika would recommend the hospitals and specialists, and send patients profiles of the doctors recommended.

Potential clients would be asked for their medical records.

“For Singapore public hospitals, an appointment could take one to two weeks. For private hospitals, patients can get a confirmation and meet a doctor as quickly as the next day,” Ms Lena, a relationship officer with HCM Medika, told The Sunday Times.

“No additional fees. We have agreements with the hospitals we send clients to,” she added. “We don’t charge patients. We are getting fees from the hospitals.”

She declined to disclose how much hospitals paid her company.

Other agents in Indonesia and Vietnam told The Sunday Times they too had arrangements with SGH and CGH.

Among other hospitals, Tan Tock Seng said it did not engage such agents, while other public hospitals did not reply to queries.

SingHealth, which runs SGH and CGH, and NUH told The Sunday Times they would cease the agreements by the end of October.

“NUH’s foremost priority is to provide care for Singaporeans,” an NUH spokesman added. “NUH reviews all referrals to ensure that it has the capacity, capability and resources to provide treatment that will be beneficial to the patient. Singaporeans are given priority, for appointments and hospital beds.”

SingHealth said the primary role of agents, which it termed “medical associates”, is to help overseas patients navigate the healthcare system, including advising them on the relevant health records needed, and assisting with administrative processes, paperwork and travel arrangements.

“Medical associates are non-exclusive to SingHealth and they charge an administrative fee (per patient) for their services,” said SingHealth.

Doctors interviewed by The Sunday Times expressed their concern about such fees.

“This practice of giving a ‘referral fee’ to ‘medical agents’ is unethical,” said Dr Keith Goh, consultant neurosurgeon of International Neuro Associates, bluntly. The 8 per cent commission on a hospital bill of S$500,000 would be S$40,000 – “which is more than the annual salary of a staff nurse,” he noted.

Some doctors pointed out that under the Singapore Medical Council’s (SMC) ethical code and guidelines, they are not allowed to offer a percentage of a bill as a referral fee to third parties.

Dr Tan Chi Chiu, chairman of SMC’s Medical Ethics Committee, said there is nothing wrong with public doctors treating foreigners. But foreign patients may pay more, and “doctors need to ensure that this does not set up a financial incentive” to favour such patients over subsidised ones, he said.

The concern about foreigners crowding out Singaporeans in restructured hospitals has surfaced before and was raised in Parliament in 2010.

After The Sunday Times published its report, comments flooded social media, with many people demanding to know how many overseas patients were being treated at public hospitals, and if they had contributed to the long waiting time for appointments.

As a result, two MPs raised the issue in Parliament in November.

Responding, Senior Minister of State for Health Lam Pin Min said public hospitals attended to 10,900 foreign patients in 2017. Those whose referrals were supported by contracted service providers made up about 0.4 per cent of attendances in public health institutions.

He also said the proportion of foreigners admitted as inpatients or for day surgery at public institutions was about 1.5 per cent in 2017, lower than the 2.4 per cent admitted in 2008.

This story is a compilation of articles by Joyce Lim and Wahyudi Soeriaatmadja from Sept 30 to Nov 21 last year.

BEHIND THE STORY
Senior Correspondent Joyce Lim first got wind of the dealings between foreign agents and public health institutions when The Sunday Times uncovered one contract signed by NUH with an Indonesian agent to provide “administrative services”. She spent a month staking out at public hospitals and eventually managed to track down some foreign agents from Vietnam and Indonesia who confirmed they had arrangements with NUH and SGH. The hospitals declined to say how long such practices have been ongoing but the agents told The Sunday Times they had been bringing in patients to the hospitals since 2009. The investigation crossed borders, with Indonesia correspondent Wahyudi Soeriaatmadja convincing Jakarta-based hospital agent HCM Medika to open up about the trade. The exposé led to a public outcry over PHIs paying incentives tagged to the size of hospital bills when PHIs should be focused on treating sick patients in Singapore. Questions on such arrangements with foreign agents were also raised in Parliament which led to the Health Ministry disclosing the percentage of foreign patients over total number of patients treated at PHIs. But the statistics did not give an accurate picture of how many foreign patients were treated at PHIs over the years. 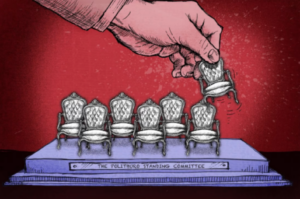 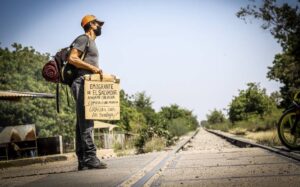