It is not easy to predict a global emergency and have very limited time to prepare for it, if not be given the rare chance of actively working on preventing it from taking place. Yet, this is our current case with Climate Change.

Humanity was first alarmed by the looming danger of severe “weather changes” as early as the 1970s when aCIA study warned of “the emergence of a new era of weird weather, leading to political unrest and mass migration.”

According to a report by the Max Planck Society, the Middle East is the region with the fastest rate of warming, which is twice as much as the global average. While the world has been working so hard to avoid a 1.5 degrees Celsius rise in global temperature, the Middle East will add 4 degrees Celsius by 2050, meaning that it will be impossible to inhabiting in less than 30 years.

A 2016 report by the World Bank expected that rising sea levels will have a devastating impact on the MENA region, announcing it as the most vulnerable in the world. The report named Egypt’s second-largest city, Alexandria to see more than 2 million people displaced in case sea levels rise by at least 0.5 meters, not to mention the huge cultural loss expected if any of the city’s parts become underwater, considering the many historic sites that are located just by the Mediterranean coast.

While these figures are screaming with danger warnings, very little is being done by our vulnerable part of the world to tackle this historic environmental hazard.

As the region continues to deal with political conflicts and other major challenges such as high poverty rates, corruption, oppression, and a deadly global pandemic, priorities have not yet been given to Climate Change as they should.

However, Climate Change has the potential to deepen MENA instabilities even more, if not dealt with as soon as possible. The MENA region is already suffering from water scarcity as around 60% of the region’s population live in areas suffering severe water stress, according to UNFAO figures. The current freshwater share per capita in the MENA region is 85% less than what it was in the 1950s.

The region is also one of the most deserted areas across the world, meaning that agriculture might never fully help local communities meet their basic needs of food products, suggesting that famines can hit any country at any moment of economic crisis, similar to what Lebanon has been going through for almost two years now.

Even though the MENA region has for many decades been a popular destination for people looking for the sun in the northern hemisphere’s winter months, it has already started witnessing extreme temperatures in the summer, in addition to increasingly irregular winter seasons. Last June, Kuwait recorded 53.2 degrees Celsius (127.76 degrees Fahrenheit). Meanwhile, forest fires took their toll on the rare green spaces in Tunisia, Algeria, Morocco, Lebanon, Syria, and Israel, throughout the summer of 2021.

In recent years, the region has seen huge changes in terms of climatic phenomena, such as flash floods that killed people in Sudan, Jordan, Iraq, and many others. More people lose their lives every year during heat waves that have become significantly longer and hotter.

What Can the MENA Region Do to Tackle Climate Change?

In April 2016, all Arab states signed the Paris Accords except for Syria which only joined the agreement in November 2017. This means that all countries in the region have pledged to actively work on lowering their carbon footprint, including the many states whose budgets are mostly funded by the oil industry, which has the biggest responsibility to this environmental emergency.

However, governments in the region are still not doing enough work to help alleviate the danger this crisis poses to the whole planet. If you walk across any big Arab city, it will be easy to realize that protecting the environment is not yet a major concern for most people.

Even though the region is one of the world’s richest in terms of solar energy with sunrays showing up on most days throughout the year, none of its countries are yet considered an effect producer of this alternative green source of energy.

In 2020, the UAE announced ambitious plans to build the world’s biggest solar farm. However, the region has the potential of producing enough solar energy to not only produce enough electric power to fully run operations across the region on renewable energy but also to sell CO2-free power to the other parts of the world.

Unfortunately, vehicles that run on gasoline still dominate most streets in the MENA region, with solar energy still not being amongst the region’s prioritized projects.

While it is understandable that governments in the Middle East are still trying to manage the many issues the troubled region continues to face, they should recognize the catastrophic impact the environmental crisis can have on already existing problems, such as food insecurity, water scarcity, poverty, and political unrest.

Climate change needs to become amongst the most discussed conversations in every country in the region so individuals, institutions, and officials get involved as soon as possible in every effort to lower the production of carbon dioxide and minimize the consumption of plastic and other unrecyclable items that worsen the release of harmful greenhouse gases. Officials should also craft special restrictions that can stop or at least minimize CO2 emissions in industrial facilities and guide them into using renewable sources of energy.

Governments should also facilitate mass efforts to install solar panels by lifting taxes and fees imposed on materials needed to build solar farms. Similar actions should be taken to encourage green means of transportations such as electric vehicles whether for public transportation or personal use before eventually banning gasoline vehicles.

Additionally, MENA governments should work together to build ground transportation that can replace air travel between countries in the region, which can reduce their carbon footprint. Governments in the region also have a responsibility to boost the agriculture sector after decades of disregarding it, which can have a significant role in lowering the release of CO2 emissions and consequently slow down weather changes.

Finally, encouraging agricultural practices can also protect the region against the looming danger of famines and poverty crises that can wreak havoc in the already war-torn region.

This story, originally published by Al Bawaba, has been shared as part of World News Day 2021, a global campaign to highlight the critical role of fact-based journalism in providing trustworthy news and information in service of humanity. #JournalismMatters.

Hamilton Spectator: The city’s deadly secret: How a damning report about the Red Hill was kept hidden for years until The Spectator forced its release 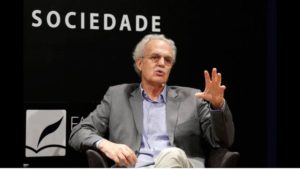 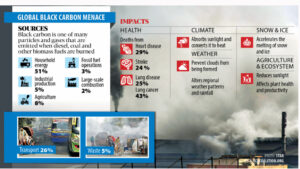