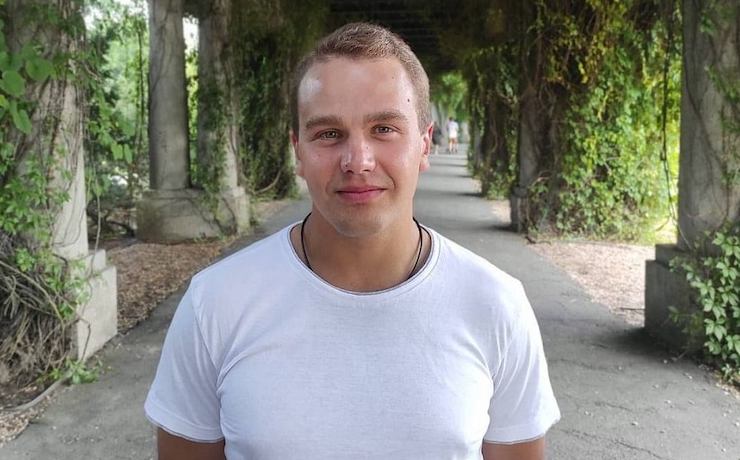 As part of the build up to World News Day 2022, we are showcasing journalism from around the world that has had significant social impact. Here is the backstory of the investigation that won Gazeta Wyborcza reporter Jacek Harłukowicz Poland’s top prize for journalism in 2021.

This article was originally published by WAN-IFRA.

It’s 10.52 PM when Dmytro Nikiforenko, a 25-year-old man from Ukraine, stops moving. Police officers are still sitting on him, one is hitting him on the head, the other is choking him. Other participants visible on the video footage – two more officers, two employees from the sobering station* and a doctor – are just observing, joking and laughing. When they notice there’s no response from their victim, the doctor checks his pulse. The policeman who was beating him, begins CPR.

But Nikiforenko is already dead.

When Jacek Harłukowicz from Polish newspaper Gazeta Wyborcza saw the footage, recorded by a security camera, he was shocked. He had first heard about the death of the Ukrainian in August, 2021. A police informant wrote to him: “Find out what happened on July 30th in the sobering station in Wrocław. The boy is dead. Heads must roll. If you don’t cover this case, it will be swept under the rug.”

It was a tipoff that led to Harlukowicz uncovering the truth of what happened that night. The investigation won him Poland’s Grand Press Award in the Category for News.

When first alerted to the story, Harłukowicz remembered a similar incident in May 2016 when police officers hit another young man with a stun gun, also in Wrocław. He died a few hours after he was beaten and strangled at the police station.

Harłukowicz began investigating, but nobody knew anything. Other journalists soon found out about the Ukrainian, but no details were given to the public. An employee from the station tried to persuade the journalists that when Nikiforenko was collected by the officers from the city bus, he was drunk, violent and aggressive. They drove him to the station, strapped him up, and after a while he began to struggle to breathe.

But that’s not what happened.

The last hours of Nikiforenko’s life were on record, captured by a security camera. Footage clearly showed that for the whole time he was calm. “The sobering station employees didn’t see anything inappropriate in the recording when I watched it with them,” said Harlukowicz. “Experienced police officers I talked to were terrified that in the 21st century, in a European country, you could be beaten to death just because you were drunk while riding a bus.”

Two years earlier, the Ukrainian Nikiforenko had travelled to Poland in search of a better life. He came from Niemirów, a small town in the Vinnytsia Oblast in central Ukraine. Nikiforenko chose Wrocław, a popular destination for Ukrainians. He had a job and a fiancée; they were planning a wedding.

“It was outstanding how the family members of Dmytro were treated: until I exposed what actually happened during the arrest, they thought that Dmytro was the one attacking the officers. It was all lies,” said Harłukowicz.

When his report was published, it took only a few hours before police officers were suspended. All the biggest newspapers and websites – both in Poland and Ukraine, e.g. Ukrainian BBC – reported on Harłukowicz’ discovery. Ukrainian ambassador Andrij Deszczyca sent a diplomatic note to the Ministry of Foreign Affairs, asking for special coverage of the investigation.

“Today, all the people who were responsible for the death of Dmytro – officers, employees from the station and the doctor – are facing charges,” said Harłukowicz. “But I don’t feel satisfied. Nothing will bring this young man back to life, who came to Poland looking for a better future.”

It was not the last case of police brutality in this region: two more men died in August during or shortly after interventions. Both cases are under investigation now.

Harłukowicz was awarded the most important journalistic prize in Poland – the Grand Press Award in the News category.

“It is always a difficult choice, as this category is one of the most popular,” said juror Aleksandra Sobczak when she was presenting the award. “There were a lot of entries, but we chose the most outstanding of them. I remember as one of the jury members said, that it could win in more than one category – it’s not only a great news piece, it is also an investigation, a report and a story of great social impact.”

Three police officers have been fired. They, together with two station employees, will be prosecuted for the abuse and fatal beating of Nikiforenko. The fourth officer will only face abuse charges. The doctor is accused of risking the loss of life, and three other employees of incitement and false representation of medical records.

*A sobering station is a facility designed to accommodate people who are intoxicated.

Joanna Dzikowska is a journalist and reportage editor at Gazeta Wyborcza.