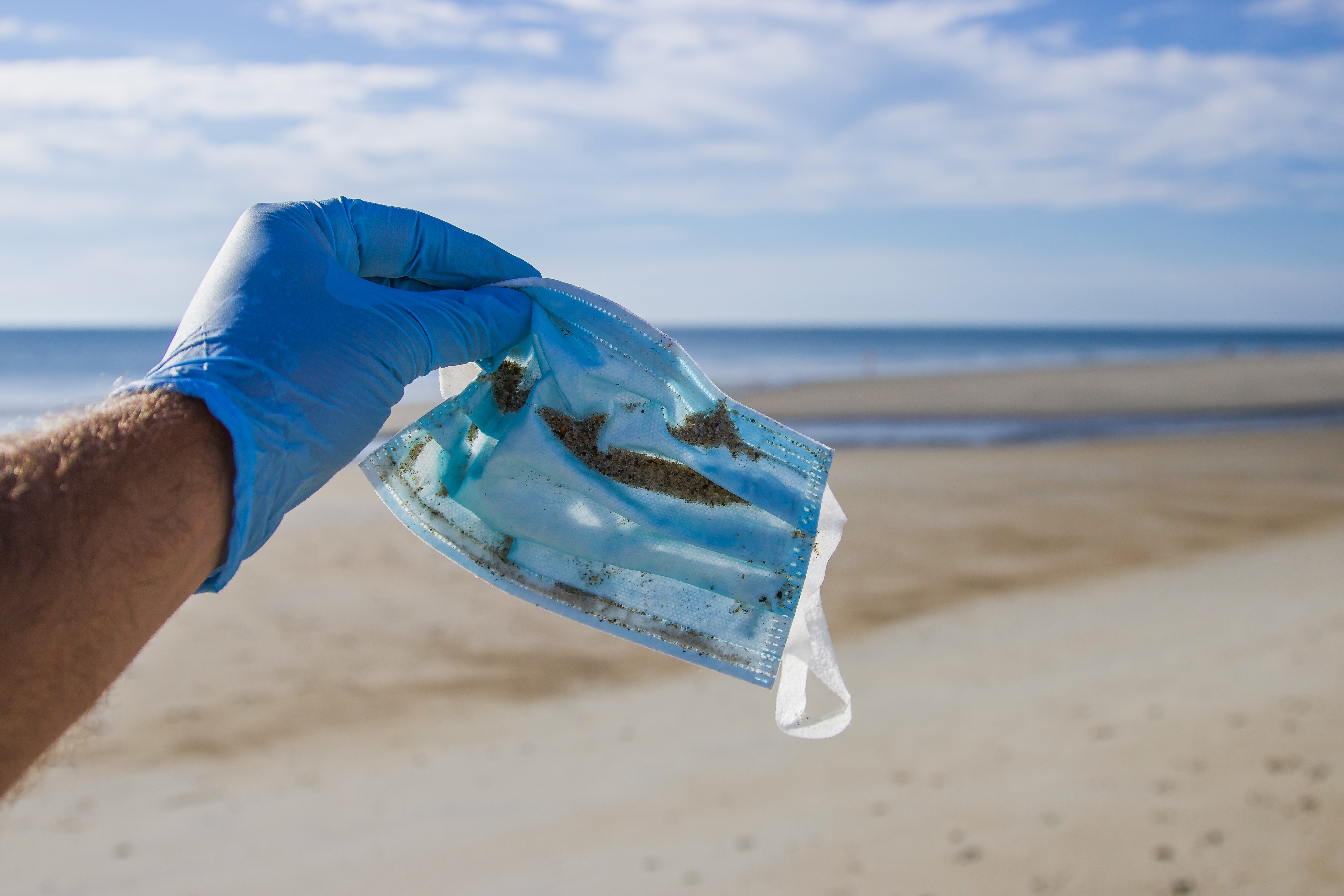 Massive mask pile-up in the Philippines, and no solution beyond public advisories.

Each year, the Philippines generates enough garbage to fill more than 23,000 Olympic-sized swimming pools. Much of that does not end up in landfills, but on pavements and along canals, creeks, rivers and shorelines.

The Covid-19 pandemic has made things worse.

In a month, a single hospital can dump over 10,000kg of dressings, blood and urine bags, sputum cups, test tubes and liquid waste that include blood and urine.

With the pandemic, hospitals have had to procure tonnes of masks, face shields, lab gowns and other personal protective equipment (PPE) that all eventually end up in landfills.

A 500-bed hospital in Manila said its volume of infectious wastes grew by nearly half, as it saw a surge in coronavirus patients earlier this year. The Environment Ministry reported that from April to July, when infection rates peaked, over 19,000 metric tonnes of infectious waste were collected.

But most of this waste comes from hospitals, clinics and labs, which by law have to segregate, disinfect and label biohazard waste before they turn these over for disposal in landfills.

Largely unaccounted for are masks, face shields, gloves, hand sanitiser and other PPE used by the public.

The volume is likely massive.

“We rank second in South-east Asia with the most number of Covid-19 cases. We can just imagine how staggering the figures would be for the disposable personal protective equipment being used daily and discarded,” said Ms Gloria Ramos, vice-president of conservation organisation Oceana Philippines.

Filipinos are Asia’s top users of masks, due to a government mandate requiring everyone to wear masks and face shields when going out. A survey in September showed four in five Filipinos comply with this rule.

“We’re seeing all of these PPEs starting to pop up everywhere, whether on the road or in neighbourhoods or showing up in waste shipments,” said Ms Marian Ledesma, a campaigner for Greenpeace Philippines.

The Asian Development Bank estimates that Manila alone – home to close to two million people – dumps 280 metric tonnes of medical waste, including masks, a day. That is not surprising. In August last year, close to 58 million masks were coming out of factories that turbocharged production amid a dearth of supply.

Environment and health officials are always reminding the public to segregate their masks and face shields for separate disposal. But this seems to be the extent of their remit, and an already pandemic-weary public isn’t too eager to comply.

Nearly every household lumps its masks, gloves and face shields with its other garbage. In poor districts where no one comes to collect the garbage, rubbish is bundled inside plastic bags that are thrown into the nearest dump, creek or river and ultimately ends up in the world’s oceans.

“Single-use plastic is already a problem. What we’re seeing on the surface is only the tip of the iceberg. There’s so much lying on the ocean floor – and now not just plastics but face masks too,” said Ms Ramos.

She said her group has received reports of masks washed up along beaches in La Union province, 260km north of Manila, and on the seabed in Batangas province, just a two hours’ drive south of the capital.

“In the Philippines, we don’t have data on the volume of masks leaching into the ocean. But it is safe to say that they are already impacting marine life and aggravating the plastic pollution problem,” said Ms Ramos.

Groups like Greenpeace and public health advocates are urging the government to step up its push for the public to use reusable masks and stay home as much as possible.

“When we have less trash to deal with, it alleviates our waste problem,” said Greenpeace’s Ms Ledesma.

The Environment Ministry is toying with the idea of loosening the Clean Air Act to allow incineration of medical waste. But that does not sit well with environment advocates.

“That’s something we don’t support… It really just opens another can of worms,” said Ms Ledesma.

Incinerating garbage, especially plastic-based waste like masks, will release toxic fumes into the air, causing respiratory illnesses that could just aid the spread of Covid-19, she said.

He said the government was instead planning to build 10 to 30 new sanitary landfills, although the soonest that one can be up and ready is six months. Only two landfills currently handle Metro Manila’s medical and biohazard waste.

The Philippines’ problems with dumping could persist well after the world has rid itself of Covid-19, said Ms Ledesma.

In October, customs officials found 30 containers sent in two shipments from the United States that were declared as corrugated cartons but actually contained bales of waste material, enveloped in cardboard and bound with plastic twine. Bits of plastic wrap, aluminium container and paper could be seen sticking out. Also found were discarded masks.

Ms Ledesma said the Philippines, with a bureaucracy prone to corruption, could end up as a dumping ground for biohazard waste from nations such as the US, where the coronavirus struck the hardest.

“What we’re seeing is that even with all the safety precautions and regulations in place, there are still loopholes that can be exploited. We expect nations hit hard by Covid-19, instead of dealing with their own wastes, would just opt to export it – and the Philippines becomes a dumping ground for all these,” she said.