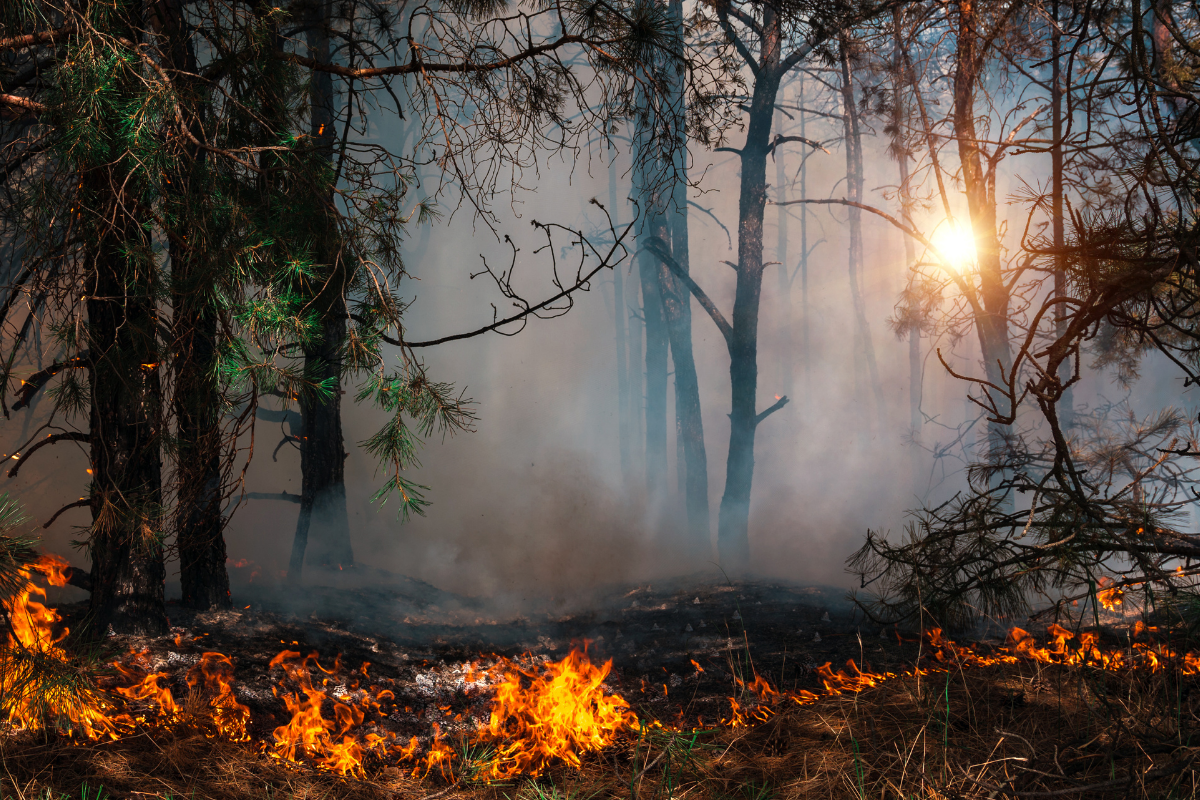 David Callaway is founder of Callaway Climate Insights, a former editor of USA Today, and former president of the World Editors Forum.

San Francisco – The text from my local police department came without warning or detail – mandatory evacuation. A fire had started in the hill above my neighborhood minutes ago, and suddenly, early on a sunny Thursday morning last month, we were told to run for our lives.

Minutes later, another text. Fire out. To be honest, we hadn’t even had time to grab a bag. We were lucky.

Climate change is the story of displacement and migration. Tens of thousands of people in the last few years around the world have lost their homes and their loved ones to global warming. Wildfires in Australia and the Western United States. Killer floods in China and Germany. Heatwaves across Europe and Canada. Stronger hurricanes and typhoons. Longer droughts and water running out, even as rising seas threaten to drown coastlines and island nations.

Like it or not, climate change will be the front-page story for the rest of our lives. For journalists, the challenge of telling that story with facts and fairness is paramount to the global effort required to transition our economies from fossil fuels to renewable energy.

As climate disasters have soared in the last few years, so has news coverage, reflecting a public interest that has begun to manifest itself in national elections as well as protests across the globe. Large news organizations such as The Guardian, The Washington Post and the South China Morning Post have built dedicated teams to the climate beat.

Smaller, start-up news companies have formed to focus solely on the science, politics, and business of global warming. Climate Home News in the UK. Eco-Business.com in Singapore. Inside Climate News in the U.S. After 40 years in major newsrooms around the world, I’ve even started my own newsletter, Callaway Climate Insights, to focus on investing in climate solutions, from electric vehicles to off-shore wind.

For all the activity, the news world’s attention to climate change is still in its infancy. Politicians still argue that it is a myth. People distrust the science, as we’ve seen with Covid. Some claim it’s advocacy journalism. Only when global warming comes to their doors do many people react.

There has never been a greater need for journalism that has impact. Such as the Wall Street Journal coverage of the California fires two years ago, which found that the Paradise fire that destroyed a town and killed dozens was caused by the downed power line of public utility PG&E.

Or the Guardian’s new series this summer, Climate Crimes, which covers the role Big Oil has played in polluting the atmosphere. Or the Washington Post, which won a Pulitzer Prize for a series on what would happen to the world if it exceeded the temperatures scientists said we must stay below.

Or more recently, the decision by Britain’s Channel 4 to broadcast a controversial videotape of an Exxon lobbyist boasting that the company’s agreement to discuss a tax on carbon emissions was simply a stalling tactic. All forced attention to the issue.

Behind the headlines, a wall of money is beginning to emerge for climate solutions from investors big and small who see the threat, and the opportunity, of the next few decades. More than $5 trillion has been invested in sustainable assets since 2018, according to the Global Sustainable Investment Alliance.

That money is looking for entrepreneurs who can find ways to create networks of charging stations across the world for electric vehicles. Or remove plastics from the ocean. Or suck carbon from the atmosphere and bury it deep in the earth.

Companies in battery technology, off-show wind farms, solar products, and plant-based food are going public and rewarding investors for their support. The stories of these companies, the winners and the losers, and which ones will be the next global leaders as the world begins to shift, will be written by journalists.

In less than six weeks, in early November, the United Nations will convene a global summit called COP26 in Glasgow, Scotland, which is being billed as the last chance for the world’s countries to agree on climate goals. Those include eliminating coal usage, adapting electric vehicles worldwide, and support for poorer countries most affected by the ravages of global warming.

Democratic governments respond to the will of their people, which will need to hold them to account in the coming decades to make the changes so important to mitigating the worst of global warming yet to come. That will is reflected and often can be raised by journalists telling important stories, with facts and science.

How news organizations respond to this challenge will in no small part dictate the credibility they are given by the free world in coming years as the climate emergency comes to all of our doors.

This story, written by David Callaway, the founder of Callaway Climate Insights, has been shared as part of World News Day 2021, a global campaign to highlight the critical role of fact-based journalism in providing trustworthy news and information in service of humanity. #JournalismMatters.