The voice from the jungle

As he usually does in the morning, Madu greets his listeners. Madu runs his broadcast from a community radio station, Benor FM Radio, located in a remote area in Bukit Suban Village.

The village is located in the Air Hitam District of Sarulangun Regency in theJambi Province.

Benor Radio was initiated by an NGO called the Indonesian Conservation Community Warsi.

Benor Radio, that started its broadcast since 2013, priorities its radio program forthe Anak Dalam, who are also known as the Orang Rimba ethnic group.

The group is scattered amongst the Bukit Dua Belas National Park area.

The Orang Rimba is a native Jambi community who live nomaidcally in the forest as a group.

Madu is a native broadcaster from the Orang Rimba ethnic group. Beside Madu, there are five other native jungle people who are active as broadcasters.

For the children of the Suku Anak Dalam, it is not easy to learn to be an announcer. However, their willing attitudes have now made them broadcasters whose voices are eagerly awaited by The Orang Rimba in the forest and local residents.

“Well, the first difficulty was learning to operate a laptop. When I first broadcasted, I spoke stiffly, but after two weeks it went smoothly,” said Madu.

By broadcasting the radio show to cover an area of 30 kilometres, Benor Radio program can be listened to by 80 percent of the entire 2,546 jungle people in the national park area.

In addition to fighting inequality and enabling equal access to media and information, Benor Radio was established to deliver information to people who live in the forest and who are difficult to reach physically.

“To get information, Orang Rimba access is very limited. By the radio, it can provide information to the jungle people and the radio can be a learning medium for them,” said Jauharul Maknun, responsible person for Benor FM Radio.

For The Orang Rimba, radio is the only medium they are able to get information from.

Moreover, Benor Radio provides information about the arrival of health workers to the national park area.

This is important to the Orang Rimba whos secluded and nomadic livs in the forest often rob them of health facilities.

This story by Perwiranta, Syahrudin, Amir Musa and Sandy Arizona was originally published on ANTARA Indonesia News Agency in May 2019.

BEHIND THE STORY
Suara Dari Rimba is a documentary video made by the ANTARA TV team in May 2019. The documentary video is about the lives of the Anak Dalam tribe, or who are also known as the Orang Rimba, whose live nomadically inside the forest area. The current presence of Radio Benor is their only source of information. The Anak Dalam tribe community has been limited to receiving information and in voicing their anxiety. Their forest home is still being destroyed. The Orang Rimba have been pushed from their homes in Bukit Duabelas National Park because of deforestation. The team took a six hour road trip to where they stayed. It was challenging for the team due to the rocky and unpredictable roads. There was also a lack of facilities as the park was situated in a very remote area. The place and the people were isolated from any mode of transportation and cut off from any communication with the outside world. Thus, those who lived there spoke in a different dialect as they only used their native language. We therefore required a translator. They used firewood to cook simple food from the jungle, such as cassava, and drank water from streams. Living in such a closed and secluded area, they were quite protective and wary when our team arrived for the documentary video.

Why journalism matters to me: I have a mind for math and a passion to find the narrative in stories 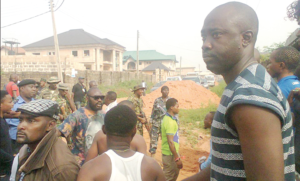 Tales of sorrow from electricity consumers 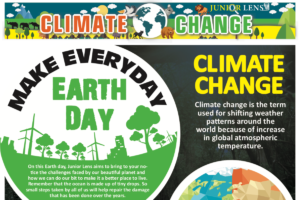