Mrs Jaya Lakshmi Kanniyappan, a Singaporean mother of five children (four daughters and a son), had nurtured the hope that her three eldest children – all girls – would get married to boys from one family, like her mother and two aunts had done in the ’60s.

Little did she know that it would become reality.

“For many years I did prayers and made vows to see my daughters marry into the same family. If they married separately, I was afraid that they might get separated over time,” she said. “I also felt that too many problems could arise if they got married into separate families.”

Now, Mrs Jaya Lakshmi, 50 and her husband Suppiah Manikam, 57, are happy parents. Their eldest daughters – Raynuga, 30, Jayanthi, 27, and Gowri, 25 – have married three brothers – Arun, 31, Balaji, 30, and Hariharasudan, 29, respectively – who hail from the Ramalingam family with origins in Sirkazhi, a town in Nagapattinam district in Tamil Nadu, India.

“Now my eldest three daughters have the same in-laws. They are very nice and supportive. I am sure that no matter what issues arise, they will be able to tackle it together as one family. My daughters are in safe hands,” said a beaming Mrs Jaya Lakshmi.

The wedding ceremonies involving the three couples took place almost at the same time on Nov 24 last year at the Singapore Khalsa Association.

The couples recently celebrated their first Pongal (an Indian harvest festival celebrated by Tamils) together.

The first Pongal celebrated after marriage is called “Thalai Pongal” and is considered auspicious as it symbolises the joy they will receive for the rest of their lives.

The sisters are Singaporeans and hold decent-paying jobs in private companies. Only Arun, among the brothers, is working here as a landscaper. The other brothers, who have long-term visit passes, are seeking jobs .

Destiny played a role in all three couples coming together.

It all started in June 2015 when the Suppiah family decided to go on a 10-day sightseeing trip to Tamil Nadu.

Their tour guide was Arun, who was based in Chennai along with his other family members and had eight years’ experience taking people around cities and towns in the state .

“I used to work at Changi airport and my colleagues recommended Arun to me,” said Raynuga. “It was important to have a reputed guide who could be trusted as we were travelling overseas for the first time.

“Arun treated us like his own family. Once we returned to the hotel late because of an accident on the way and we couldn’t find dinner. The eateries and shops in India close early. Arun found food and brought it to us. It may have seemed like a small gesture, but I was very touched by it.”

Raynuga was 28 then and her parents were keen to see her get married.

The family decided to pray at the Sri Kalyanasundareswarar Temple in Thiruvelvikudi, Nagapattinam district, which is famous as a place where singles seek divine intervention to find suitable spouses. The Hindu temple is dedicated to Lord Shiva.

Raynuga received a hint of who her future husband would be after she circled the deity nine times.

“ I ended up seeing his (Arun’s) face,” she said. “I already knew that destiny had something in store for us. I began developing feelings for him, but I didn’t explicitly express them.”

After the family returned to Singapore, she continued to be in touch with Arun through video calls and messages. Soon, they openly expressed their love for each other.

“I missed Raynuga and her family. It was like being separated from a very important relationship when they left,” said Arun.

In October 2015, Arun and his family came to Singapore to discuss and confirm the marriage. The couple held their solemnisation ceremony on Aug 19, 2016.

“After the ceremony, when Balaji’s family were heading back to India, I had no heart to see them leave,” said Jayanthi.

Added Gowri: “During our trip to the airport, I was driving the car and Hariharasudan was in it. He played the song “Mane Mane” from the movie Uriyadi on his phone . He wanted to dedicate the song to me indirectly. My family and I eventually found out that he was trying his best to confess his love to me.”

A month later, Hariharasudan and Balaji returned to Singapore. They stayed for a month and professed their love for Gowri and Jayanthi respectively.

“I am a soft-spoken person and speak only when necessary. I found that Balaji had a similar character and was attracted to him,” said Jayanthi.

The couples kept in touch via messages and video calls even after the brothers left for India.

Subsequently, both families decided to hold all three weddings on the same day at the same time.

“Many friends and relatives told me that it was not advisable for all the couples to get married at the same time. But we spoke to different Hindu priests and they all said there was nothing wrong with it. So we decided to do what we thought was right,” said Mrs Jaya Lakshmi.

According to Raynuga, most people refrain from marrying at the same event along with their siblings because they will have to share the spotlight with another couple and costs for such ceremonies and celebrations could get high.

“But we knew that with the support of our strong families, we can overcome them,” she said.

The weddings took place nearly two years after she met Arun. It gave the family enough time to properly plan and prepare the finances.

Another concern was where the couple were going to stay – Singapore or India – after the weddings. Both families agreed that the brothers will move over to Singapore after they got married.

“I don’t think I can live apart from my daughters. I was very happy when their husbands agreed to stay in Singapore,” said Mrs Jaya Lakshmi.

For the couples, living together provides communal joy. But they face challenges as well.

“We split the costs among the the three couples. These include the rental and household bills,” said Raynuga.

They take turns to cook, either as couples, sisters or brothers. They also try their best to eat together to maintain the family unity.

However, a big challenge is the use of the toilet. The rental flat has two toilets, one in the master bedroom and the other in the kitchen.

Arun and Raynuga use the master bedroom toilet. The rest have to share the common toilet.

“We have to adjust our timings to use the toilet in the morning or when everyone needs to go somewhere at the same time. It can get frustrating, especially when we are in a rush. A lot of compromises are required,” said Raynuga.

They also sometimes travel together in Arun’s lorry, which can seat only three people at the front.

“Having our own transport doesn’t always make it convenient. In the morning when everyone needs to go to different places, it takes longer. Also because Arun has tons of items like blowers and pipes in his lorry, it can be inconvenient at times,” said Raynuga.

Balaji also pointed out that there will be challenges in finding a job here. But he is confident that he can overcome them. “With the strong support of my wife and her family, I am certain I can find a way around it,” he said.

Added Hariharasudan: “My wife is my support and backbone and I intend to live in Singapore for the long term. In the future, I hope to buy a big house, and live happily and peacefully.”

This story by Vengadeshwaran Subramaniam was originally published by Tamil Murasu on Jan 20, 2019.

BEHIND THE STORY
As surprising as it sounds, this is not the first marriage of its kind in the girls’ family. Mrs Jaya Lakshmi’s mother, Mrs Kasiyammal Manikam, and two of her sisters also married three brothers. Mrs Kasiyammal had seven siblings and her family used to live in a house opposite a rehabilitation centre where Mr Kanniyappan Kaliyappan worked. They met and fell in love and decided to get married. But they faced resistance from their families who would approve only arranged marriages. The families soon realised that the pair were adamant on getting married and finally relented. Mrs Kasiyammal and Mr Kanniyappan got married in 1965. They are no longer alive. Subsequently, Mrs Kasiyammal’s two sisters also got married to two brothers of Mr Kanniyappan– one was a love marriage while the other was match-made. “Now it feels like deja vu,” said Mrs Jaya Lakshmi. 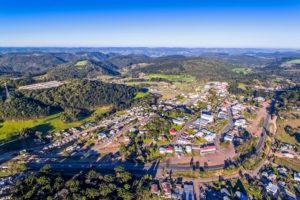