A Minister on a Mission

As the world awakens to the enormity of the plastic waste crisis, Malaysia’s Yeo Bee Yin has emerged as one of Southeast Asia’s most vocal champions for biodegradable plastics and a new circular economy.

Earlier this year, the Minister of Energy, Science, Technology, Environment and Climate Change (MESTECC), together with her inspection team, discovered 450 tonnes of contaminated, low-quality plastic waste that was brought into the country illegally in shipping containers.

The containers, Yeo said, had originated from Australia, the United States, Canada, Saudi Arabia, Japan, China and Bangladesh, and were en route to illegal recycling facilities in Malaysia to be processed in an environmentally unsafe manner. Yeo estimated that they would find 3,000 tonnes of plastic waste once all the containers were inspected.

“Although people have started to segregate their waste, 90 per cent of the plastic waste in the world is actually not recycled,” Yeo shared with Asian Scientist Magazine from her office in Putrajaya, the government district south of the capital city of Kuala Lumpur.

“Instead, this waste goes from developed countries to developing countries like Malaysia, and ends up being dumped in some way or recycled in illegal factories.”

While plastics account for only 10 per cent of the total waste humans generate, they constitute approximately 90 per cent of all trash floating on the ocean’s surface, equivalent to 46,000 pieces of plastic floating on every square mile, says the United Nations Environment Program.

At the current rate, a 2016 report from the World Economic Forum estimated that plastics will outweigh all the fish in the ocean by 2050. And since it is impossible to rid the oceans of plastic waste and microplastics, the problem needs to be tackled at the source.

Since being sworn into office on July 2, 2018, Yeo has made plastic pollution a key policy focus. Besides plastic straws — 500 million of which are used every single day in the US alone — the problem also includes disposable plastic bottles, packaging, construction materials and other industrial uses of plastic.

“The only thing we cannot do is say, ‘there are problems to the solution, let’s go back to business as usual,’ because you already know business as usual will not be sustainable in the future for Malaysia, and for the world,” Yeo said.

Malaysia is ranked 8th in mismanaged plastic waste, behind China in first place, Indonesia in second place and the Philippines in third place, according to a study published in the journal Science in 2015. This statistic has not gone unnoticed by Yeo, who, on October 31, 2018, announced a 12-year roadmap and legal framework towards eliminating single-use plastics in Malaysia by 2030.

The 20 sen cost is not simply punitive, Yeo said, pointing out that recycling plastic waste isn’t exactly free either.

“Hydrocarbon-based plastics have proven to be very difficult to recycle—many of them have to be recycled illegally to make it work (for the contractors financially). People need to pay not just for the cost of production, but also for the cost to recycle the plastics (in an environmentally safe manner).”

“We are seeing that with reduce, reuse, recycle, the recycle part is really not working for plastics. So perhaps we need a fourth ‘r,’ which is to replace it, and to replace it, we need a lot of science,” Yeo said.

“What sort of materials can we use to continue packaging because you still need packaging? How do we find a material that is environmentally friendly? Biodegradable bags have a lot of science (behind them). For some of them, the strength of the biodegradable bag is not good, and some of them don’t decompose.”

Citing a 2015 World Bank report that showed Malaysia spent only 1.3 per cent of its GDP on research and development (R&D), Yeo wrote on her personal blog that “this (statistic) is even lower than the average R&D spent in low- and middle-income countries.”

“When I first came in as a minister, I found that most of our grants are given to academics. Most of our R&D (funding) was spent on academics and higher education … but it’s not solving the problem; it’s not helping our economy,” Yeo told Asian Scientist Magazine.

“Historically, only 8.6 per cent of R&D funding in Malaysia was spent on industry research. We now want 50 per cent of (grant funding) to go to research collaborations with industry, or at least market-driven research,” said Yeo, adding that the four strategic areas her ministry is focusing on are halal food science, Islamic finance, health and wellness, and Industry 4.0.

Yeo also wants to create a pipeline of researchers to industry and raise the proportion of researchers in the private sector from the current 12 per cent today.

“There used to be a huge disconnect in Malaysia between scientists and the economy. We want to completely change how this works. And we’ll start very small; we’ll start by shifting our government researchers to industry for free for this year.

NOT BUSINESS AS USUAL FOR YEO

After being elected into office, Yeo was christened as one of the “Top 10 People Who Mattered in Science in 2018” by UK-based science journal Nature. In 2019, she was appointed a Young Global Leader of the World Economic Forum. Could Yeo use her twin platforms of rising public popularity and policy making to shape the destiny of plastic use in the region?

“For the next three years we are developing a circular economy—how do we have a circular economy, not only for plastics, but also for electronic waste, like batteries? If we start changing our lifestyle to become more electrified, batteries need to be in a circular market.”

In parting, Malaysia’s plastics reformer spoke philosophically of the challenges in front of her, which include raising Malaysia’s renewable energy target tenfold by 2025 and implementing the 12-year roadmap to banning single-use plastics.

“The only thing we cannot do is say, ‘there are problems to the solution, let’s go back to business as usual,’ because you already know business as usual will not be sustainable in the future for Malaysia, and for the world,” Yeo said.

This story by Dr. Juliana Chan was first published by Asian Scientist Magazine on July 19.

BEHIND THE STORY
In a male dominated field, Yeo Bee Yin stands out as a young female minister handling five portfolios. Her background in chemical engineering is unusual, making her an example of how a scientifically trained person can have an impact on politics. With climate change high on Yeo’s agenda, these factors led the Asian Scientist team to approach the Minister to find out what difference the unconventional individual sought to make. “One of the less well-explored areas in climate change coverage is the disparity between how it will affect developed vs developing nations. Malaysia, with its recent change of government, was in a unique position to come up with a new way of addressing that challenge,” said Dr Juliana Chan, editor-in-chief of Asian Scientist Magazine. Widely read and shared online, the article raised awareness about the Yeo’s plans to address plastic pollution in Malaysia. 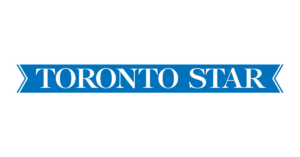 Toronto Star: One ceiling collapsed. And a whole community was torn apart 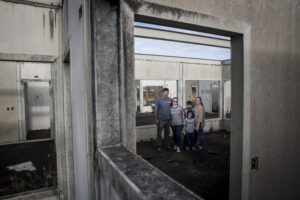